Somalia: Turkish President to open a military base in Mogadishu 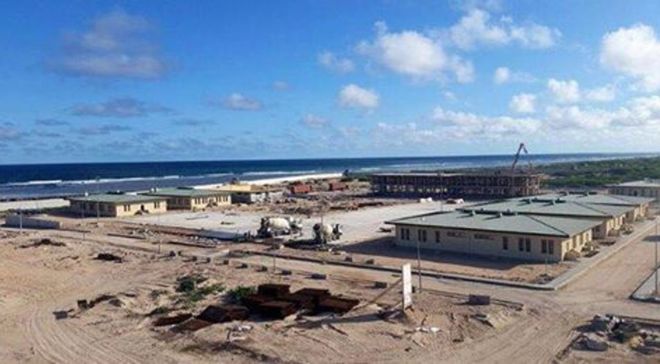 MOGADISHU, Somalia- The President of Turkey Recep Tayyip Erdogan is expected to visit the Somali capital of Mogadishu next month to open the newly built military base funded by Turkey, Garowe Online report.

This is Turkish President fourth visit to Somalia and he is the only non-African President to visit Mogadishu in decades. Erdogan visited Somalia last year and opened Turkey's new embassy, one of the largest worldwide.

Turkish President will be accompanied with government officials including Army chief Hulusi Akar and will officially cut the ribbon of the new military facility in Mogadishu.

The newly established $50-million base occupies 400 hectares and house three military schools, dormitories and depots. The facility, whose construction began in March 2015, will be used to train troops from Somalia and other African countries by Turkish army.

This is considered the second Turkish foreign military base and aimed to assist Somalia’s security forces in their fight against Al Qaida-affiliated Al Shabaab militant group in the country,