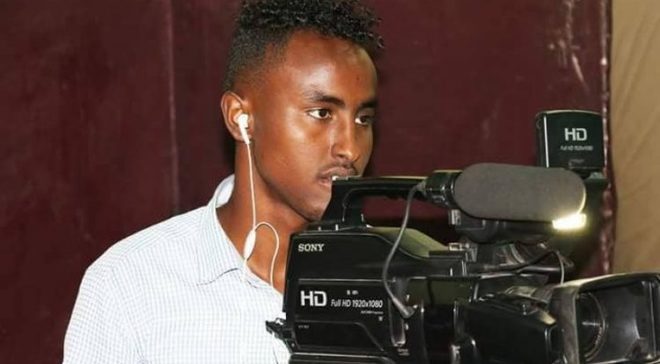 MOGADISHU, Somalia - A Somali Policeman shot dead a Somali TV cameraman on Thursday evening, the 26th July 2018 in the country's capital, Mogadishu, the first journalist to be killed this year, Garowe Online reports.

The journalist, Abdirizak Kasim Iiman working for the privately owned London-based SBS satellite channel was murdered at a security checkpoint near Peace Garden in the city's Hamar Jajab district, according to a media colleague.

The station's Mogadishu bureau director, Mohamud Dhakane Nur confirmed that Iman was killed while riding an auto rickshaw, locally known as "Bajaj" by the Police officer on duty following a brief argument.

The National Union of Somali Journalists has condemned the murder of the cameraman, calling on the Somali government to probe into the appalling incident and urgently bring the perpetrator to justice.

Iman's death was the latest in a series of attacks against the press in Somalia, a country that has been ranked one of the most places in the globe to be a journalist.