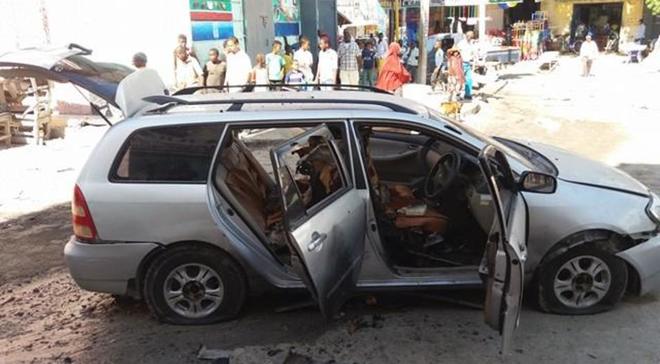 Capt Mohamed Hussein, a Somali police officer confirmed that Karzay was seriously wounded, after an explosive device was fitted to his car and exploded in Hamarweyne district en-route to his workplace.

The wounded TV cameraman was immediately rushed to a nearby hospital for treatment, Hussein said. No one has yet claimed responsibility for the car bomb attack.

"Universal TV cameraman Abdihamid Karzay suffered serious injuries to the shoulder, back and the hip from improvised explosive device planted under his car seat," a media colleague told GO over the phone.

At least two civilians were wounded after the journalist's car has exploded near Marwas Mosque of Hamarweyne district, near busy marketplace, according to a shopkeeper who witnessed the incident.

Somali security forces cordoned off the scene near the bomb site and launched an investigation into the attack, however, no arrest was made for the assassination attempt against the Universal TV cameraman.