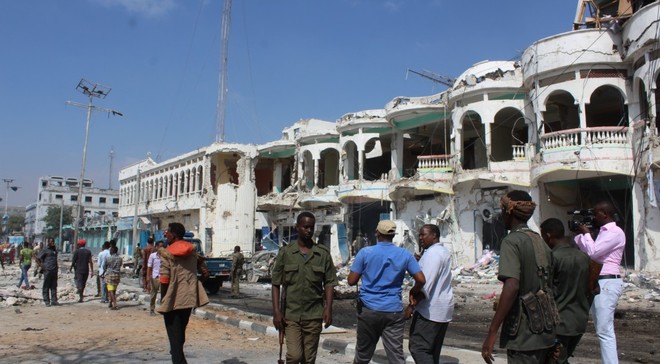 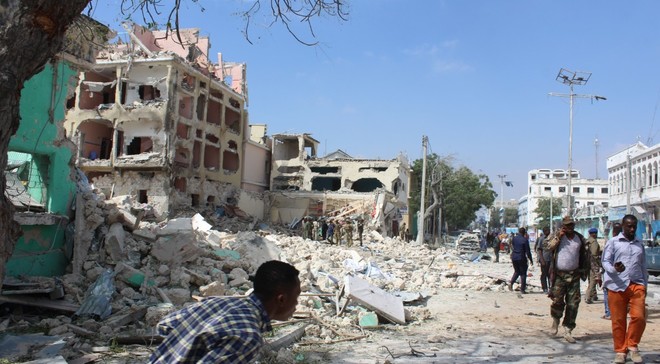 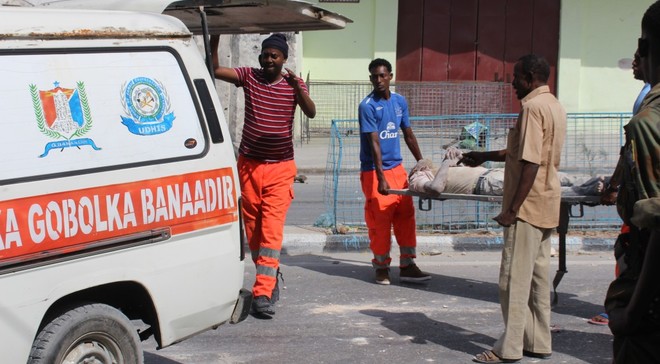 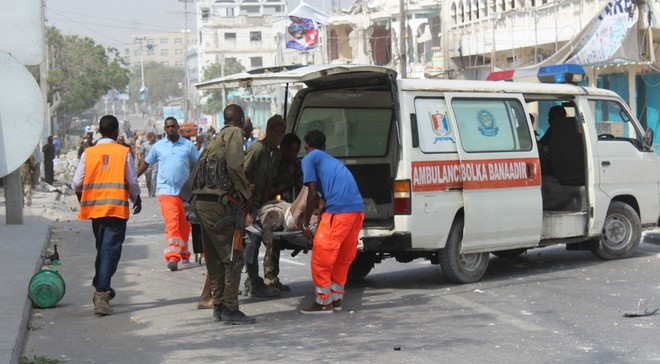 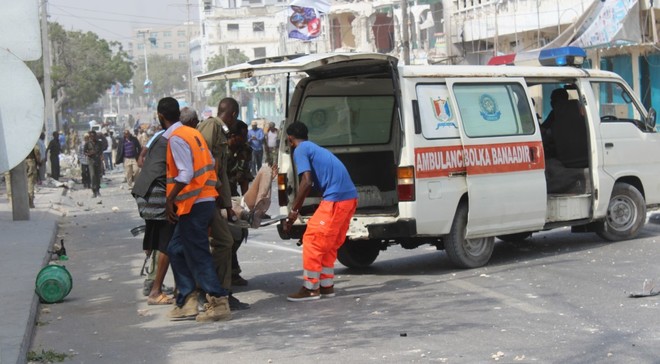 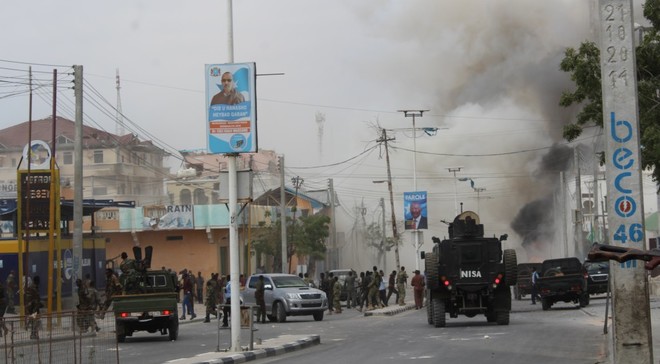 MOGADISHU, Somalia- Twin car bomb blasts struck a hotel near Somali Parliament compound in Mogadishu on Wednesday morning, the second attack in the capital since the start of 2017, Garowe Online reports.

Capt. Abdirisak Mohamed, a senior Somali police officer at the scene has confirmed to GO the car bomb attack on Dayah hotel which is popular with the Federal lawmakers and top government officials.

"A truck bomb was detonated at the entrance of Dayah hotel near the parliament HQ, then gunmen stormed the building and fired their way into the ground spraying people with bullets," Mohamed said.

He said a second car bomb went off at the same area about 20 minutes after the first truck bomb. At least 10 people are reported to have been killed in the double car bombing.

The death toll was likely to rise because of the number of seriously injured.

Al Shabaab has claimed responsibility for the attack on Dayah hotel in Mogadishu.