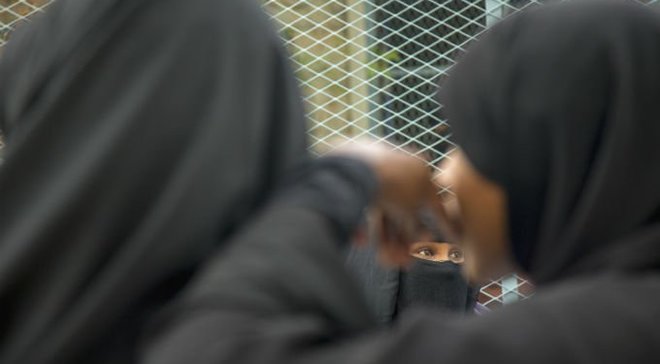 MOGADISHU, Somalia - The United Nations Population Fund [UNFPA] has condemned the "retrogressive" abduction and raping of two young girls in Somalia, calling for the immediate prosecution of the perpetrators.

According to authorities, two girls aged 3 and 4 were picked from their home in Afgoye town, raped and dumped in a nearby field where they spent the whole night bleeding intensively.

In a statement, UNFPA Representative for Somalia, Mr. Anders Thomsen, condemned the Mar. 30 incident at the insecure Lower Shebelle, adding that the family should get justice in courts.

"UNFPA Somalia stands with the girls and their families and calls for recourse for the proper judicial process to take its course," he said in a statement on Monday, a move that could put the FGS under pressure to nail the perpetrators.

The two girls are recuperating at Madina Hospital within the capital, Mogadishu, but they are said to be battling with fistula and damage of their sexual organs due to the ordeal, their mother said.

Somalia's government is yet to approve the much needed Sexual Offences Bill, which stipulates actions that should be taken against sexual offenders in the country, with the cases increasing on a daily basis.

And Mr. Thomsen urged parliament to work on the legislation, which has now been pending for several months. Most perpetrators have been getting lenient sentences due to lack of concrete laws, he added.

"We also reiterate our call for the speedy passage into law the Sexual Offences Bill which has been pending adoption in the country’s Parliament," he said. "The law will be vital in preventing and dealing with culprits of sexual offenses."

So far, 18 people have been arrested and are currently being grilled over the rape, which has also attracted retribution from many international partners of Somalia, who want action taken, police said.

But the investigations or even prosecution could drag on, due to the lack of appropriate laws. In previous cases, community elders have been involved to settle for a compromise "sentence", where convicts are allowed to pay fine to the affected people.

The UN now wants all systems strengthened to end gender-based violence, which is an upward trajectory in Somalia. Very few cases have been successfully tried in the country, reports indicate.

"UNFPA Somalia calls for the strengthening of protection systems as women and girls continue to be at high risk of experiencing gender-based violence and the threat of harmful practices including female genital mutilation and child, early and forced marriages."

However, states such as Puntland have stringent laws on sexual offenses, which includes the execution of convicts through firing squad. Two men were executed in February at Bosaaso for raping a minor in Galkayo, police said.

The two girls' parents have also urged the government to expedite the process and bring perpetrators into justice. They have also asked Somalis to help them foot medical bills.