Somalia: Hormuud Telecom says US raid kills one of its workers in Middle Juba 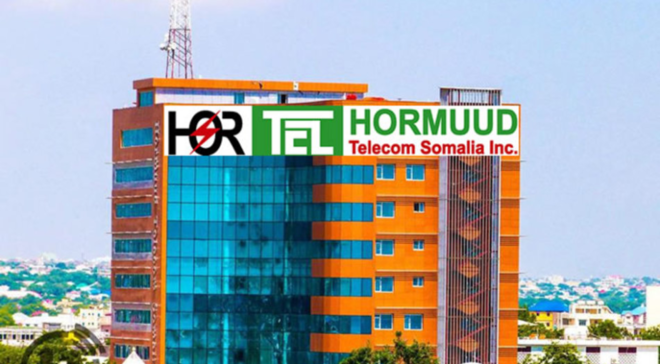 MOGADISHU, Somalia - The U.S. military said Monday it has carried out an airstrike targeting Al-Shabaab in southern Somalia, the latest in increasing counter-terrorism operations in the Horn of Africa country, Garowe Online reports.

The U.S. Africa Command [AFRICOM] said in a statement obtained by Garowe Online that the air raid killed one "terrorist" in the vicinity of Jilib town in the Middle Juba region, south of Somalia on Feb. 24.

On the other hand, Somali telecommunication company Hormuud said the U.S. attack has killed the manager of its branch in Jilib town with the family also confirming that "he was not a terrorist".

For weeks now, the US military has been launching an offensive against the Al-Shabaab militants, targeting suspected militants within central and southern Somalia.

"We are appalled that such airstrikes are targeting civilians," the company said in a statement. "He was our director within Middle Juba and has no links with Al-Shabaab."

Family sources said the slain director was leaving his farm when the drone dropped, killing him instantly and on the site.

Meanwhile, Somali State media reported on Monday that the man killed in the American military operation was a "terrorist".

AFRICOM's statement over the death

But in a statement issued by the AFRICOM on Monday, the US military maintained that there were no civilian casualties during the raid.

"Initial assessment concluded the airstrike killed one terrorist," the statement read. "We currently assess no civilians were injured or killed as a result of this airstrike."

Brig. Gen. Miguel Castellanos, U.S. Africa Command deputy director of operations, said such airstrikes help to neutralize the militants, who have caused havoc in East Africa for a decade.

“Our persistent actions against al-Shabaab ensures constant and continued pressure on this malign network,” he said.

“Our collective efforts help enhance security in the region and put al-Shabaab on notice, making both Somalia and the U.S. safer in the process.”

Monday's airstrike was the forth within Jilib town this year, an area considered to be an Al-Shabaab headquarters, where training and recruitment are done.

What is the US military saying about the incident?

But in an interview with Voice of America White House correspondent Carla Babb, AFRICOM spokesperson said the matter is currently under review.

"Will look into the matter" and "review any information it has about the incident, including any relevant information provided by third parties," said Air Force Col. Chris Karns.

Without divulging to more details, he added: "We comply with the laws of armed conflict and take feasible precautions during the targeting process."

One of the major guiding factor when conducting airstrikes is ensuring civilians are protected from such onslaught, though quite a number have died in the process.

Interestingly, such US coordinated airstrikes have been killing a few numbers of militants within Juba and Shebelle regions, very minimal compared to the current number of Al-Shabaab militants.

But the spokesperson said "removing a known and legitimate threat makes Somalia, the region...safer. Even one or a handful of terrorists w/ intent to do harm can cause great harm."

Al-Shabaab leadership has expressed its primary desire is to conduct attacks not just in East Africa, but against Americans and U.S. interests across the globe, AFRICOM said.

Ever since losing grip in Somalia capital, Mogadishu in 2011, the much-weakened militants have been carrying out sporadic attacks using IEDs in major towns.

A report by the UN also observed that the militants have lately been deserting their hideouts in remote villages due to increased US airstrikes.