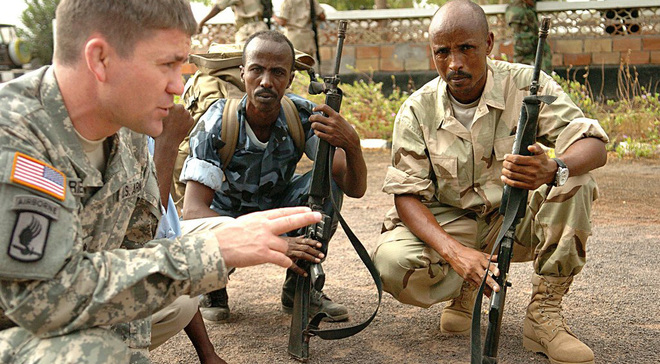 EL BUR, Somalia - The U.S. military said it carried out a fresh airstrike targeting Al-Shabab militants in central Somalia, the latest military action against the Islamic group in the horn of Africa country, Garowe Online reports.

The United States Africa Command [AFRICOM] said in a statement released on Monday that the air raid was conducted near El Burr district in central Somalia, on 1st April, killing five extremists and destroying one vehicle.

AFRICOM further said it assessed that no civilian was killed during the airstrike.

"US forces will continue to use all authorized and appropriate measures to protect the United States, its partners, and interests, and deny safe haven to terrorist groups," read the statement in part.

The U.S. has stepped up its operations in Somalia since the Trump administration approved in March 2017 expanded military campaign against al-Shabab, which is allied with al-Qaeda and ISIL branch in Puntland, the northeastern Federal State.

Al-Shabab is widely blamed for the worst-ever truck bombing in Mogadishu, the Somali capital that killed more than 512 people on October 14, 2017.

In recent years, the United States has become more involved in Somalia, fighting Al-Shabab and a small number of ISIS-affiliated militants with airstrikes and having some 500 U.S. troops in the country to advise local and AU forces.