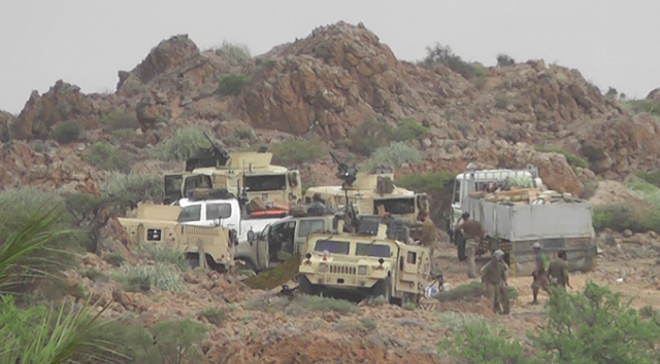 The US special forces in armoured fighting vehicle were also spotted in Galgala area near Golis Mountain ranges during a visit to Puntland army troops on the frontline by Bari Governor Abdisamad Mohamed Galan yesterday.

The move marks the first ground support since the United States stepped up its involvement in war-torn Somalia in 2006.  US supports counter-terrorism task-force- Puntland Security Force (PSF)-that monitors and deters terror threats.

Despite intense military campaign in south-central regions, fugitive Al Shabaab fighters have been infiltrating into hideouts along Golis Mountain ranges in northeastern Somalia.