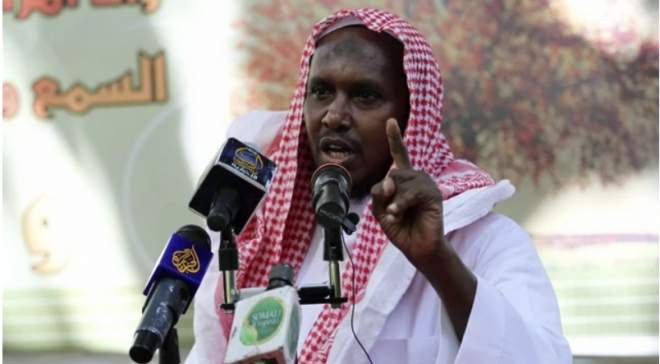 Fuad Mohamed Khalaf, one of the top leaders who the US put the $6M bounty on their head [File photo]

MOGADISHU, Somalia - The United States has renewed traditional diplomatic ways of hunting for Al-Shabaab militants, an Al-Qaida linked group that still enjoys support within Central and Southern Somalia, in the latest concerted effort to destroy the militants.

State Department announced that any member of the public who can give information on the whereabouts of top Al-Shabaab leaders will get $6 million. Four Al-Shabaab leaders linked to attacks in Kenya and Somalia have been identified.

Those in the list include Abu Ubaidah, Mahad Karate, Fuad Mohamed Khalaf, and Jafar and are said to be top officials at the Somalia-based terror group. The officials run different departments within the group.

Abu Ubaidah whose real name is Omar Ahmed Direye has led the militant group for just over a year since Al-Shabab's former leader, Ahmed Abdi aw-Mohamed [known as Godane], was killed in a U.S. airstrike. His whereabouts still remain unknown.

For over a decade, Al-Shabaab has caused havoc in Kenya and Somalia under Ubaidah's leadership since 2015, most notably with a massacre at Garissa University in Kenya, in which 148 people were killed and the 2017 Mogadishu twin truck bombings where 587 people died.

In September 2015 Al-Shabaab announced the appointment of Godane's successor naming Ahmad Umar Abu Ubaidah, described by Shebab sources as a close lieutenant to Godane -- although the name is seen as likely to be a pseudonym.

The group also vowed to avenge the death of Godane and said they would continue their fight to topple the country's internationally-backed government.

Mahad Karate, also known as Abdirahman Mohamed Warsame reportedly serves as the terror group's shadow deputy leader. Karate has some command responsibility for the Amniyat, al-Shabaab’s intelligence and security wing, as well as the group’s finances, which have been a center of controversy in recent days.

The Amniyat plays a key role in the execution of suicide attacks and assassinations in Somalia, Kenya, and other countries in the region, and provides logistical support for al-Shabaab’s terrorist activities.

For Fuad Mohamed Khalaf, he has allegedly facilitated financial support to al-Shabaab; in May 2008, he held two fundraising events for al-Shabaab at mosques in Kismaayo, Somalia.

In May 2008, Khalaf and a group of fighters attacked and captured a police station in Mogadishu, killing and wounding several soldiers. Later in 2010, Khalaf was designated by the U.S. Department of the Treasury under Executive Order 13536 for contributing to the violence and the deterioration of security in Somalia.

Jafar also known as Amar, is an al-Shabaab facilitator and has served as Abdikadir Mohamed Abdikadir's deputy, and is reportedly missing one eye. All the four Al-Shabaab leaders have never been seen in public.

The decision by the US comes at the time Washington is considering to dispatch elite troops to the Horn of Africa nation, about 1 year after their withdrawal. The US has been a major security partner of Somalia.