Somalia: US vows to intensify pressure against Al-Shabaab 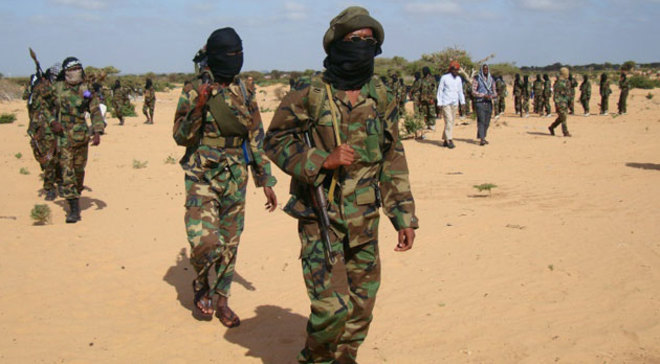 NAIROBI, Kenya - The United States has vowed to continue supporting Somalia and East African countries in dealing with the threat of terror posed by Al-Shabaab terrorists.

US Africa Command security officials say Al-Shabaab “has publicly committed to planning and conducting attacks against the US and our partners in the region.”

In a statement, the US says its forces will “continue to use all authorised and appropriate measures to protect Americans and to disable terrorist threats.”

This includes partnering with AMISOM and Somali National Security Forces (SNSF), targeting terrorists, their training camps and safe havens throughout Somalia, the region and around the world.”

As part of the support, the US military forces on Tuesday killed three terrorists during an air strike.

According to a statement by the US AFRICOM headquarters, Tuesday’s “precision airstrike” was in central Somalia.

The operation occurred in the Bay Region of Somalia, about 75 kilometres west of the capital, Mogadishu.

“The US conducted this operation in support of African Union Mission in Somalia (AMISOM) and Somali National Army (SNA) forces that were operating in the area,” the statement explained.

For decades, the Al-Shabaab has continued to cause terror in Somalia and the East African region but have since been weakened by the ongoing peace campaign led by the African Union Mission in Somalia.

The terror group has pledged allegiance to al-Qaeda and is dedicated to providing a safe haven for terrorist attacks throughout the world.

Recently, security officials at US Africa Command urged African forces to continue piling pressure on the militia until it is completely degraded.

Any withdrawal from war torn Somalia by the African Union Mission Union in Somalia must be gradual and tactical, senior security officials at the United States Africa Command based in Germany advised on August 29.

The officials said the Somalia security situation remains fragile and any withdrawal could hamper negatively the major gains achieved so far in the Horn of Africa country.

“The baby (Somalia) is still young and needs company,” a senior AFRICOM security official who did not want to be identified told Capital FM News in a recent interview.

Various African countries contribute to the more than 20,000-strong force in Somalia, where they continue to engage the Al-Shabaab militia for a decade now under AMISOM.

– US role in restoring stability in Africa –

The US Government through AFRICOM has mapped out hotspot areas in the African continent in a bid to help local authorities eliminate some of the main security challenges.

They are also working with African governments to empower security agencies.

In Somalia, they have committed to enhance the capacity of the Somalia National Army and that of neighbouring countries, in a bid to eliminate the threat of terror posed by Al-Shabaab.

Of the support extended to the region, it includes some modern choppers set to be given to the Ugandan army, while Kenya’s army continues to receive intensified training among other areas cooperation.