Somalia: Why did it take so long for Farmajo to admit to Eritrea Training 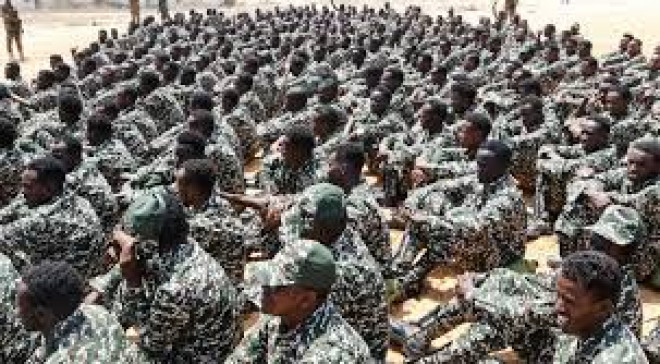 MOGADISHU- At least 5000 soldiers who have been training in Eritrea could be returning soon to the Horn of Africa nation; outgoing President Mohamed Abdullahi Farmajo has confirmed what could raise questions about the conduct and competency of the former leader.

During the handing over ceremony in Mogadishu on Monday, former President Mohamed Abdullahi Farmajo admitted that at least 5000 soldiers would be returning to Somalia, ending speculations about their future and whereabouts.

Farmajo, who has been at the helm for five years, said the soldiers completed training in Eritrea last year but were delayed to avoid an impact on the political situation and elections. However, reports were that the soldiers were to assist Farmajo's re-election bid.

Reports by Garowe Online had established that Farmajo had planned to use the soldiers to instigate chaos in the country. Still, there was no sighting of them during the recently concluded elections. Farmajo lost elections last week.

At the event in Mogadishu, Farmajo confirmed that the file of the soldiers had been handed over to Hassan Sheikh Mohamud, who is not a stranger in the country. Before his re-election, Sheikh Mohamud served as president from 2012-to 17.

In his speech, Hassan Sheikh Mohamud said he would work on the return of Somali soldiers trained in Eritrea “as soon as possible” so that they could participate in the liberation of the country. The soldiers were first deployed to Eritrea in 2019, according to the reports.

Before they left Mogadishu, sources said, the soldiers were promised that they would serve in Qatar, but the plan was immediately changed. They were secretly airlifted to Eritrea by the National Intelligence Security Agency [NISA].

Fahad Yasin, the former NISA boss and advisor to Farmajo, has planned the move to train the soldiers in Eritrea. Last year, parents of the soldiers protested in Mogadishu, with President Hassan Sheikh Mohamud on the frontline pushing for their return.

A report by the United Nations Special rapporteur to Eritrea confirmed that the Somali soldiers participated in the massacre in the Tigray region. However, Farmajo’s administration disputed the claims, insisting that the soldiers only train in the Horn of Africa nation.

The Tigray war has left thousands of people dead, and others displaced. The United Nations and other stakeholders accused the Ethiopian government and Eritrea soldiers of participating directly in the war. Eritrea had developed a close rapport with Farmajo and PM Abiy Ahmed of Ethiopia.