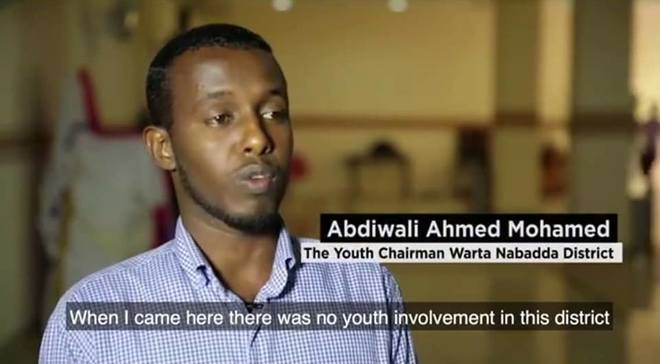 MOGADISHU, Somalia - A Youth activist has been shot and killed in Mogadishu, the Somali capital on Thursday evening, the latest in a string of assassinations in the seaside city, Garowe Online reports.

Abdiweli Ahmed Mohamed, Mogadishu's Wardhigley district Youth League Chairman was gunned down shortly after walking out of a mosque in the capital by pistol-wielding men after evening prayers.

A witness told Garowe Online that gunmen thought to be Al-Shabaab assassins have carried out the murder, who managed to immediately flee the crime scene before the arrival of the law enforcement officers.

The security forces have launched a search for the suspects believed to be from the Al-Qaeda-linked militant group based in Somalia which is fighting to topple the Western-backed weak Government.

No group has claimed responsibility for Mohamed's killing. Dozens of people, including security force members, civil servants, and popular Elders were killed in Mogadishu alone since the start of Ramadan.

The war-torn city has experienced waves of Al-Shabaab attacks in the past few months amidst tight security and heavy presence of army on main streets.