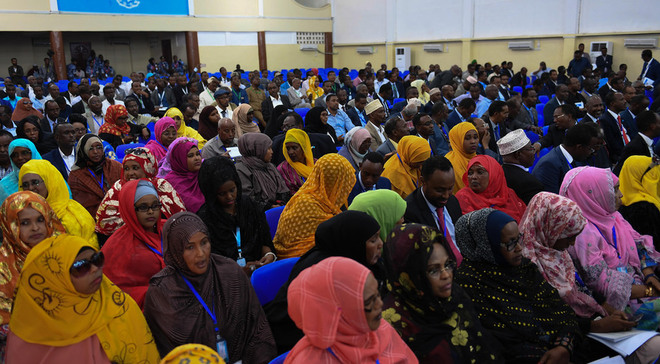 MOGADISHU, Somalia- Federal Parliament of Somalia has for the first time commenced joint session between the Lower and Upper Houses of Parliament on Tuesday, aimed to discuss the remaining Somali electoral process, Garowe Online reports.

Both chambers are expected to form an election committee that oversees the Somali presidential election that probably will take place in the coming weeks.

Recently, Federal Parliament has concluded the election of Parliament’s leadership, which saw electing Speaker and deputies for the House of People and Senate.

The election committee is set to announce in the coming days the date and rules pertaining the presidential election.

The new MPs and Senators of Federal Parliament will vote for the new Somali President in a secret ballot in the capital Mogadishu, following recurrent delays to meet deadlines, which was scheduled to end in 2016.