Somalia's fight against terrorism far from over, says president 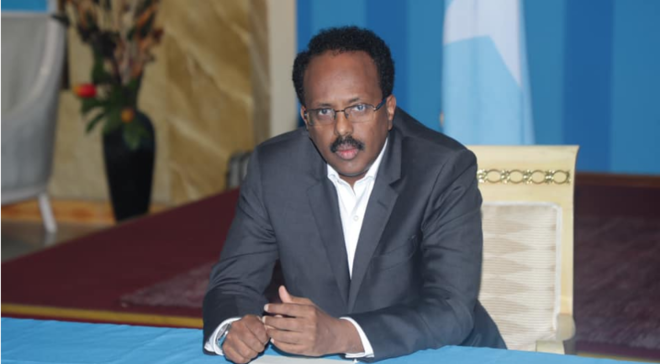 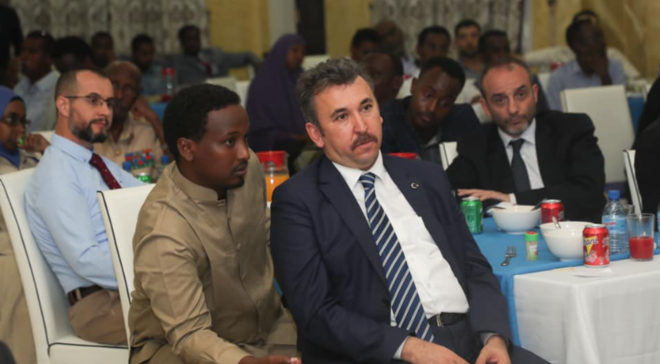 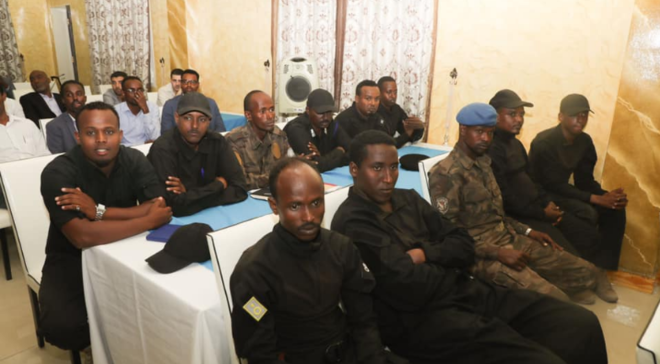 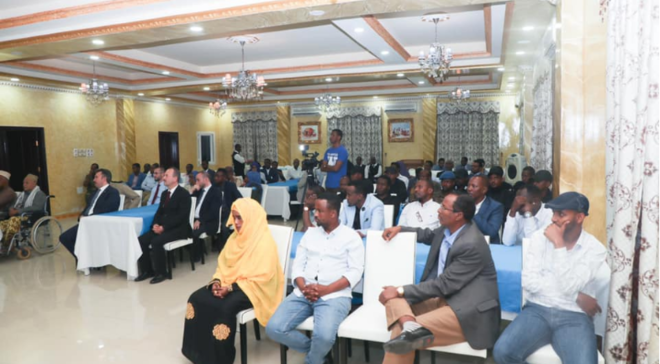 MOGADISHU, Somalia - The President of Somalia's Federal Government, Mohamed Abdullahi Farmajo acknowledged that Al-Shabaab cannot be defeated within one or two years, but defeated in the battlefield, Garowe Online reports.

Speaking at a meeting with ministers, security chiefs, medical workers and ambulance service providers at Villa Somalia, the country's presidential palace in Mogadishu on Monday night, the president said his government is at war with terrorism.

"In fact, what is happening in the country is a catastrophe that has been going on for the past 11 years," said Farmajo, adding that Al-Shabaab is carrying out the attacks to show its presence and muscle.

The president's remarks came after the Al-Qaeda-linked extremist group has unleashed coordinated car bombs and a 22-hour-long siege at a building along the bust Makka Al-Mukarama street last week left more 30 people dead.

It was the longest that the militants had held a complex in Mogadishu since Somali troops backed by African Union peacekeepers forced them out of the city in 2011.

The dead included a seven-month-old boy whose body has been recovered in the rubble three days after the deadly attack that destroyed several businesses, and other key structures, including popular hotels and set fire on many cars.

As Al-Shabaab remains undefeated, Farmajo said country's army and the African Union forces have made important gains against the terror group which lost key strongholds, including the capital and surrounding areas.

Despite its defeat on the battlefield, the militant group still capable of waging high-profile attacks in Somalia and Kenya, a country that is suffering from terror than the other nations contributed peacekeepers to AU mission [AMISOM].

In addition, the president called for unity the collaboration between the public and the government forces to face the threat of the terrorist groups posing threat to national security.

Since the election of the Somali-American president in February 2017, he announced a number of military offensives against al-Shabab, Africa's deadliest Islamic extremist group, however, the army did not execute a single operation.