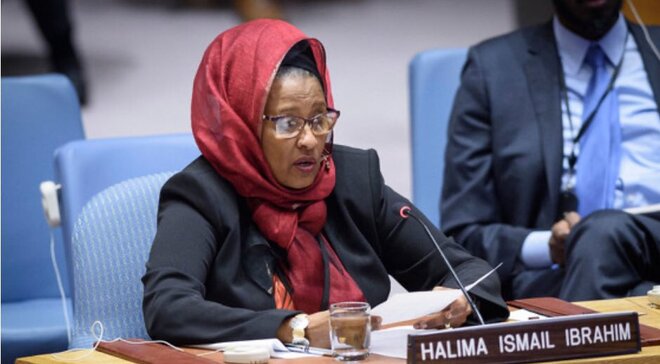 MOGADISHU, Somalia - The technical options tabled by the National Independent Electoral Commission [NIEC] chairperson Halima Ismael have been backed by Somalia's international partners, with the country now weighing on possibilities of holding the first one-person-one-vote elections since 1969.

During the submissions, NIEC ruled out possibilities of holding a universal suffrage poll later this year, adding that the earliest the country will go to polls is on March 2021. For biometric elections, the commission said, it needs up to August next year.

Already, the commission has been subjected to criticism from the main opposition party, FNP, which now wants NIEC members to resign. The coalition accused the commission of plotting to have the term of current administration extended against the constitution.

While endorsing NIEC, the international partners, however, seemed to also root for dialogue, which they insisted is key for a lasting solution to the current impasse, which threatens to derail impending negotiations.

"We emphasize the continued need for Somalis to engage in inclusive dialogue to forge the widest possible agreement on this important topic and underscore the importance of a complete and comprehensive dialogue among the FMS and FGS leaders," read the statement which was issued on Monday.

The team also backed dialogue which has been called by President Mohamed Abdullahi Farmajo, whom the opposition accused of "hiding" in universal suffrage polls to have his term extended due to limited time before elections are held in the Horn of Africa nation.

"We welcome the announcement by President Mohamed Abdullahi Mohamed ‘Farmajo’ that he will convene a meeting with all Federal Member State leaders from 5 to 8 July and we urge that this meeting be the next step in a broad consultation of key stakeholders."

The dates for the meeting were released after Farmajo's virtual meeting with regional leaders last week. During the meeting, federal states insisted that the ongoing debate on electoral law in Lower House should be halted until the meeting is held, but MPs have continued to pass some of the clauses.

But in what seems to coded support to the current administration, the international partners also hailed parliament for the enactment of various electoral codes, adding that a consensus is also needed among the wrangling teams for a stable Somalia.

"We note the Parliament has also been meeting to discuss issues related to the electoral code. We urge that political agreement be fostered ahead of final decisions," notes the statement. "We call on all of Somalia’s leaders to work to reach agreement urgently on the path to holding national elections and other pressing national priorities."

Abdirahman Abdishakur Warsame, who is the leader of the Wadajir party, had on Sunday accused the international community of "imposing" a model for elections to Somalis, adding that the move may not solve challenges the country is undergoing.

The debates in parliament including the allocation of 13 seats to the Benadir region for Upper House have been subjected to criticism. The Senate termed the debates unconstitutional, with Puntland also joining in condemning the approval of various legislations.

In protest to the approval of the legislations, Puntland parliament asked regional leader Said Abdullahi Deni to cancel his trip to Mogadishu for dialogue which is scheduled for June 5-8, arguing that the plans to take elections to next year were "uncalled" for.

Some of the legislation that has been passed by the Lower House despite resistance from stakeholders include allocation of 13 seats in Senate for Banadir region, approval of universal suffrage model for elections, and allocation of 30 percent seats for women in parliament.