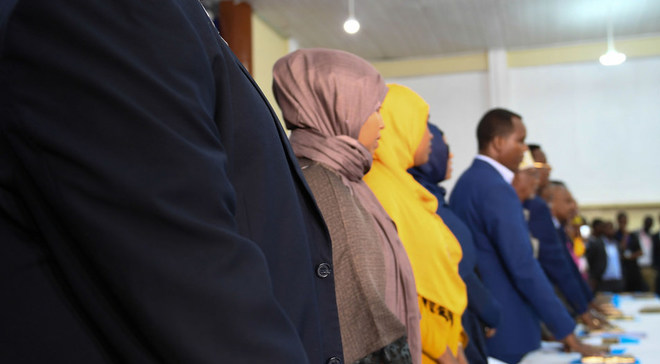 According to close sources, the sessions are scheduled to focus on the upcoming elections of Speakers of Lower and Upper Houses of Parliament and to form committees to oversee the remaining elections process.

The sessions chaired by interim leadership of Parliament, and expected to announce the new election timetables for Parliament Speakers and Somali President.

On the other hand, security in Mogadishu has been beefed up, as security forces and African Union peacekeeping forces (AMISOM) were deployed on the roads and areas near the Hall.

About 282 legislators from Lower and Upper Houses were sworn in on last Tuesday in General Kahiye Police Academy in Mogadishu, whereas ballots to elect remaining lawmakers are in progress for some regional clans.

International community has welcomed the inauguration of the new Parliament and urged to swiftly complete the process to deter further delays in the Somali election that was set to conclude in 2016.

UN envoy to Somalia has earlier called Somali leaders to wrap up the presidential election before United Nations Security Council’s upcoming meeting on Somalia that is scheduled for 19 January 2017.