​Somalia's presidential candidates begin to register ahead of the poll 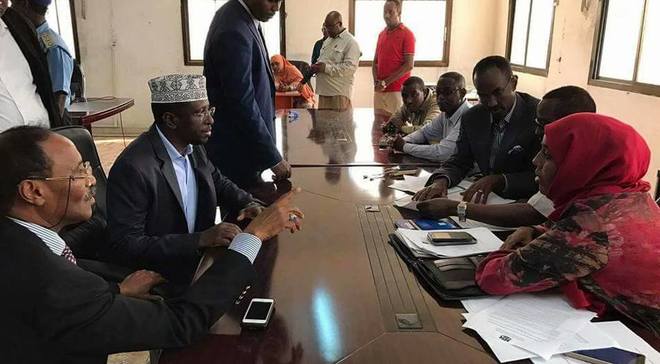 MOGADISHU, Somalia- The presidential hopefuls vying for the presidency began to register their candidacy to the election committee in Mogadishu on Thursday ahead of the election in February 8, Garowe Online reports.

The presidential candidates will have three-day deadline, beginning from Thursday until January 29 to register, according to statement released by the country's electoral commission on Wednesday.

The conditions include each candidate will be required to pay $ 30,000 as registration fee and attend a televised presidential debate that will take place on 31st January.

Somalia is scheduled to hold its presidential election slated for February 8, after months of delays in a twisted parliamentary ballot process for the east African country.

Over 20 candidates, including caretaker Prime Minister Omar Abdirashid Ali Sharmarke and caretaker President Hassan Sheikh Mohamud, who is seeking a re-election are competing for the top office in Somalia.