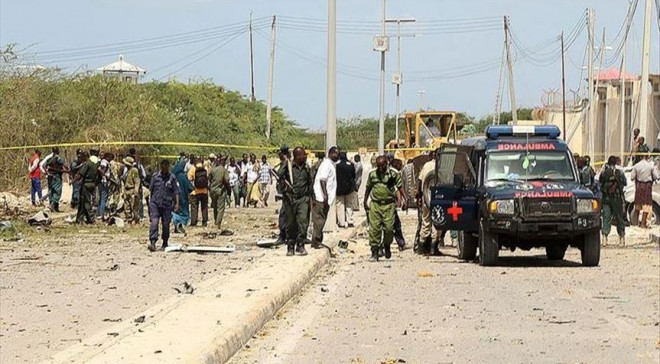 MOGADISHU, Somalia - Gunmen on Saturday shot dead three mothers, among them two expectant women in Mogadishu, in yet another incident that could trigger outcry over the safety of women in the Horn of Africa nation which is struggling with instability.

The incident took place in the volatile Daynile district of Mogadishu, the country's capital early on Sunday morning and it comes at the time Somali leaders in deadlock over the election, which would pave way for a transition, after four years of President Mohamed Abdullahi Farmajo.

Police said two other women were critically injured during the shooting whose motive is yet to be established. The injured women are recuperating in a Mogadishu hospital, police said, adding that a manhunt for the militants has been activated in the capital.

Deynile deputy security commissioner Abdikadir Ali Fara'adde identified the victims as Fartun Hassan and Muno Hassan who were sisters and the third was Fadumo Sheikh Nur.

The women were heading to the Ministry of Defense where they worked as cleaners. For a decade, Al-Shabaab militants have been targeting security forces, senior government officials, and even innocent civilians in their quest to overthrow the fragile UN-backed Somalia administration.

It's highly suspected that the militants killed the three women to provoke authorities since they worked at the Department of Defense in the capital. Their place of work is highly secured because it also plays host to the Chief of Defense Forces General Yusuf Rageh Odowaa.

But until now, the Ministry of Defense, whose members are often targeted by Al-Shabaab, is yet to issue a correspondence over the latest tragedy. The militants besides killing women and children, also rape others and often hold some hostage for ransom.

Al-Shabaab has been fighting since 2007 with an aim of imposing the strict sharia law on residents of Somalia besides seeking to have Arab recognized as the national language.

The Al-Qaeda-linked Somalia-based militants have, however, lost grip of their former strongholds in the Lower Shabelle and Middle Jubba regions.