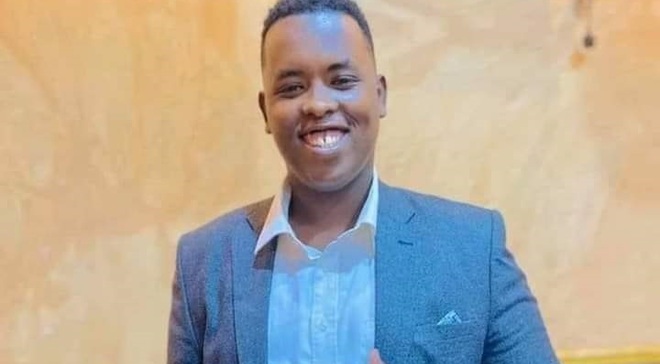 MOGADISHU, Somalia - A Somaliland court has ordered the deportation of a popular social media star, following a video he released taking tea from a cup which was decorated with the image of the Somalia flag that led to his arrest and serving two months in jail in Hargeisa.

For almost 30 years, Somaliland has been running a parallel government from that of Somalia following her decision to secede from the greater Somalia, but the region is yet to be fully recognized despite spirited efforts for nationhood which has dragged at the United Nations.

Bilal Bulshawi, who is known by Somalis as “the president of TikTok”, has been in Hargeisa detention without charges brought against him. Somaliland, which said broke away from Somalia nearly 30 years ago, has punished others, including musicians, journalists, and activists for supporting Somalia's unity and traveling to Mogadishu.

In 2015, members of a popular band were arrested on return to Somaliland after they waved the Somali flag at a concert in Mogadishu. The two regions have been at loggerheads for all those years and in fact, none of them has been willing to implement previous agreements for a ceasefire.

Bulshawi arrived in Mogadishu on Tuesday shortly after being released from prison and given 48 hours to leave Somaliland. His deportation comes after Somaliland’s Minister of Interior, Mohamed Kahin Ahmed, said he had accepted requests for his freedom.

Media reports indicate that Some people who attended a ceremony in Hargeisa where former Somali fighter pilot Ahmed Mohamed Hassan (Ahmed Dheere), who refused to bomb the capital was awarded a medal, demanded the release of Bulshawi.

Speaking at the event, the interior minister said he had accepted the requests and would take action in releasing Bulshawi. Bilal Bulshawi’s family has previously called on the Somaliland authorities to release their son.

Since 2017 there has been a wide-ranging crackdown and a series of arrests and detentions of activists, bloggers, singers, and writers in Somaliland who have been accused of undermining the former British protectorate’s claim to full independence.

This week, police in the port city of Berbera detained a famous singer named Qamar Sugaani upon his return from Mogadishu, where he performed shows and made interaction with his fellow Somalis in the capital.

In July, Djibouti tried to broker a deal between Hargeisa and Mogadishu but to date, both regions are yet to reach an agreement, despite pressure from the international community. The European Union and the United States have been pushing for reconciliation between the two parties.