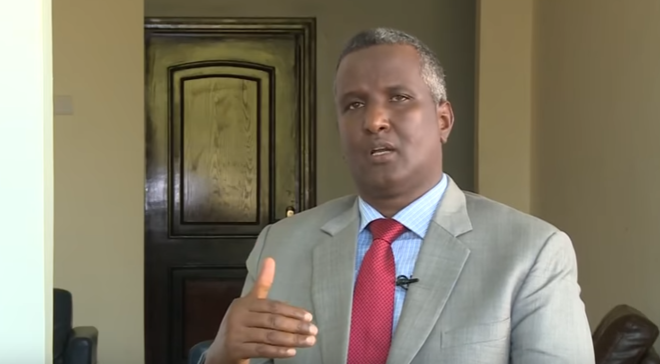 Abdirahman Abdishakur Warsame, the leader of the Wadajir party, accused FGS of using the Turkish-trained special troops known as Haram'ad (Cheetah) "for political advantage" by causing internal conflicts in Somalia.

Ankara is one of the major donors of Mogadishu for a couple of years now, with their support extended to military equipment and training, a project aimed at "building a stable state".

For instance, Haram'ad and Gorgor battalion troops are trained and funded by the Turkish administration, which also has a training base in Somalia's capital Mogadishu participated in the recent battles in Dhusamareb and Beled-Hawo towns in Galmudug and Jubaland respectively that left many civilians dead and forces thousands of people to flee their houses.

But Warsame insists that the troops are being used by Somali President Mohamed Abdullahi Farmajo and his inner circles to ignite chaos within regional states, citing the most recent crisis in Gedo and Dhusamareb.

"Haram'ad and Gorgor Battalions are trained and funded by the Turkish Government. They are being used for the political advantage which caused internal conflict," he tweeted.

The veteran leader added: "They were part of the fighting in Dhusamareb, Badio, and Gedo. We call on Turkey to review its support for these forces."

A number of other Somali political leaders have expressed the same concern about the FGS’s use of troops trained and financed by Turkey to silence dissent voices and win political purposes.

The US termed the deployment "unnecessary" during submissions at UNSC last week, with Kenya also taking a swipe at Somalia on Wednesday, terming fighting along the border as "provocation".

The Turkish government has been offering financial support to Somalia, with most resources being directed to infrastructure, with Ankara keen to manifest itself as Somalia's "true" development partner.

In December, Al-Shabaab militants blew a vehicle laden with explosives in an attack they claimed "targeted" Turkey engineers. Recep Tayyip Erdoğan, the Turkish President, airlifted dozens to Ankara for treatment with the attack leaving over 90 dead.

But Abdishakur wonders why FGS could blame Kenya for the crisis yet the Ethiopian National Defense Forces [ENDF] support them in the region.

"Federal Government forces backed by Ethiopia are patriotic, but the Jubbaland troops supported by Kenya are traitors? Give me a break," he noted.

"The solution lies with an agreement btw Somalis, and for Kenya and Ethiopia to stop backing both sides and all unite to fight against terrorism."

FGS insisted that the deployment and subsequent assault targeted "Al-Shabaab militants in Gedo" although the fighting involved Jubaland forces.

Somalia partners are training SNA troops ahead of the scheduled exit of AMISOM troops in 2021. There are over 22,000 peacekeeping mission troops in Somalia.