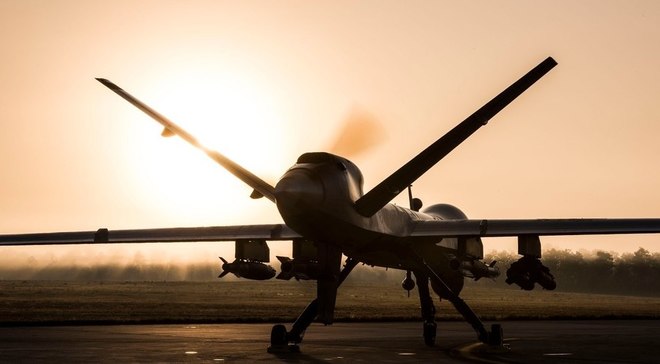 MOGADISHU, Somalia - Two Al-Shabaab militants became the latest victims of US airstrikes in southern Somalia, AFRICOM said, as allied forces made huge strides in their concerted effort to crush the Al-Qaida linked militants.

Friday's airstrikes at Kunyo Barrow town in Lower Shabelle region was the 18th to be conducted jointly with Somalia National Army [SNA], the highest ever within the same period in previous years.

The initial assessment concluded these airstrikes killed two terrorists, although their identities could not be immediately established, AFRICOM said.

Previously, such airstrikes have left heavy civilian casualties, although the force said: "We currently assess no civilians were injured or killed as a result of these airstrikes".

Last week, the US military came under intense criticism after Hormuud Telecom, the biggest telecommunication company in Somalia, claimed that one of the airstrikes had killed their employee.

Mahamud Haji Sirad, the deceased, who worked as Hormuud manager in Jilib town, met his death after inspecting his farm, the company said.

But in a statement, AFRICOM said "we shall investigate the matter and give a conclusive report. We regard highly lives of civilians".

Brig. Gen. Gregory Hadfield, U.S. Africa Command deputy director of intelligence, said: “The support the U.S. provides to our partners in our cooperative efforts to enhance security throughout Africa."

The US has projected itself as a true champion of war against extremists in Africa, amid economic and military competition from China and Russia.

Early this week, AFRICOM confirmed the death of a top Al-Shabaab commander within Saakow town in Middle Juba, following the airstrike launched on Monday.

The militant, whose name is yet to be released, was the mastermind of the Manda Airfield attack in Kenya early this year, which left three Americans dead, AFRICOM added.

Al-Shabaab leadership has expressed its primary desire is to conduct attacks not just in East Africa, but against Americans and U.S. interests across the globe, the US said.

But despite the sporadic attacks waged by the group, AFRICOM said, "it lacks the capability to strike the U.S. homeland due to the persistent pressure placed on the group led by our African partners".

Recently, a report by the UN indicated that the militants were moving to urban centers following unending US airstrikes which usually target remote villages.

The group, which has been active for 12 years, has killed over 4,000 civilians in their determination to topple the fragile UN-backed Somalia government.