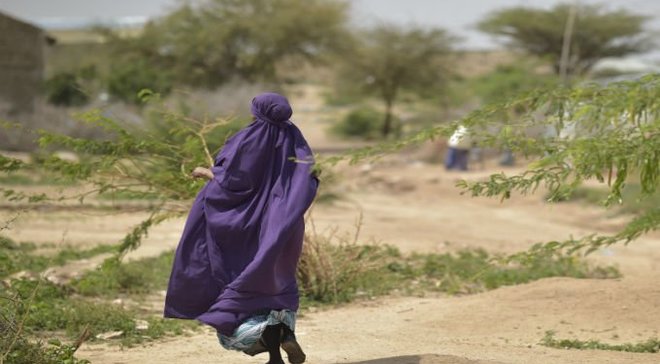 MOGADISHU, Somalia - Two young Somali girls are fighting for their lives in a Mogadishu hospital after a gang rape ordeal, authorities said, in an incident that could attract worldwide retribution.

The girls, aged 3 and 4, were picked from their homes a few days ago, brutally raped before being raped in the nearby field within the vicinity of Afgoye town, officials said. The incident happened on Mar. 30 according to authorities.

Sources said the girls, who are close relatives, were abducted by a group of gangsters while their families were attending a wedding. They were abandoned in their field for death.

And it took efforts of farmers from the neighborhood to identify the critically injured girls and report to authorities within the town, police said. The two suffered brutal injuries, authorities added.

Dr. Mohamed Yusuf Mohamed, the Director-General of Madina Hospital, said his team is treating the two girls. Their condition, he added, remains "very critical" but he's optimistic that "they will recover soon".

He said: "We received young patients aged 3 and 4. They were brutally gang-raped but we are doing everything to save their lives. I have never witnessed such an ordeal, it's simply unimaginable."

The girl's mother, whose identity was concealed due to the weight of the matter, asked Somalis of goodwill and other well-wishers to help the family give the children proper medical care.

According to her, the two children, who were rescued in Bood-Boodka village, are suffering from traumatic fistula, which was occasioned by the rape. She said the family needs "urgent" help.

"We found our two girls at Bood-Boodka area after they went missing for the whole day and night," she said, adding that "my girls are now suffering from traumatic fistula as a result of rape."

The father, who also spoke to the media, asked the federal government of Somalia to bring the rapists to the books of justice. The visibly shocked man added that "this cannot happen in modern Somalia".

A section of MPs from the Human Rights committee visited the girls in the hospital where they are now recuperating. In a statement, the MPs called for the swift arrest of perpetrators and subsequent prosecution.

Until now, 18 suspects have been arrested and are currently being grilled to establish "what they know about the incident" which could expose Somalia's laws of sexual violence, police in Afgoye said.

Cases of rape in the war-torn nation are synonymous, with most perpetrators being members of the Al-Shabaab group or their sympathizers, and has often gone unpunished due to political turmoil in the country.

In most cases, the weak judicial system is overlooked and aggrieved parties at times enter unconstitutional agreements in the form of paying fines, a rather primitive approach that is engineered by the strong clan elders.

But in the Somalia's northeastern Puntland state, perpetrators of such heinous acts are condemned to the death penalty which is executed by firing squad. Two men suffered such a fate in February at Bosaso after being convicted of rape and murder.

Local human rights groups have often called for a robust judicial system that can convincingly handle rape-related cases, but the country is still struggling with basic changes for three decades now.