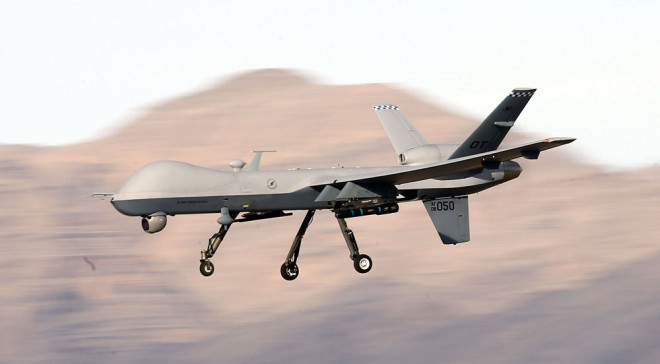 MOGADISHU, Somalia - US military carried out an airstrike that left 17 Al-Shabaab militants dead on November 9, AFRICOM has confirmed, noting that the raid was activated when the Somali National Army [SNA] came under attack from the Al-Qaeda linked group.

The airstrike, US Africa Command said, was conducted at a remote village approximately 285 kilometers northeast of Mogadishu, the Somali capital. It comes amid heightened operations against the Al-Shabaab militants who control large swathes of rural central and southern Somalia.

"Working with the Somali National Army, U.S. Africa Command’s initial assessment is that the strike killed 17 attacking al Shabaab terrorists and that no civilians were injured or killed," the command confirmed in a statement on Friday.

"U.S. Africa Command takes great measures to prevent civilian casualties. Protecting civilians remains a vital part of the command’s operations to promote greater security for all Africans," the statement read while condemning the militants who have been targeting civilians.

Al-Shabaab is the largest and most deadly al-Qaeda network in the world and has proven both its will and capability to attack Somali, East African, and American civilians, the command noted. Al-Shabaab has close to 9,000 active fighters mostly domiciled in the Horn of Africa nation.

Somalia remains key to stability and security in all of East Africa. U.S. Africa Command’s forces will continue training, advising, and equipping partner forces to give them the tools that they need to defeat al-Shabaab. Currently, Washington is training and equipping Danab Special forces who are critical in the Al-Shabaab crackdown.

U.S. Africa Command pledged to continue to assess the results of the operation and will provide additional information as appropriate. Specific details about the units involved and assets used will not be released in order to ensure operations security, the command added.

The Al-Shabaab has been waging retaliatory attacks across the country having lost strategic areas following months of operations against the militants. The government has warned business owners against funding the group whether voluntarily or through coercion.