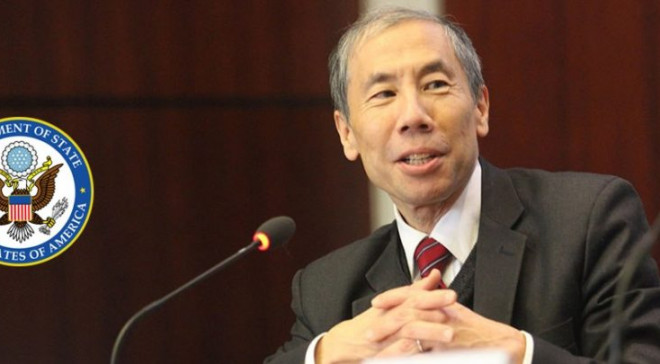 MOGADISHU, Somalia - In what could be a big boost to President Mohamed Abdullahi Farmajo, international partners have now endorsed ongoing plans to solve the pre-election stalemate in Somalia, which has threatened stability in the country following the collapse of Dhusamareeb talks.

President Mohamed Abdullahi Farmajo is facing uncertainty due to the fact that his term lapses today after serving four years. His efforts to break the stalemate did not bear fruits after he failed to reach an agreement with regional leaders who had gathered in Dhusamareeb.

But on Monday, international partners seemed to back Farmajo's efforts to find a long-term solution to the current crisis, arguing that there is still some time to reach out to the much-needed consensus in the country which has struggled for stability for long.

"The talks held in Dhusamareb February 1-6 made progress on many important points but did not reach consensus on all outstanding issues. We believe that it remains possible to reach consensus and that all sides are open to further discussions," read the statement. "We call upon Somalia’s leaders to resume their dialogue urgently to reach final agreement permitting national elections to take place as soon as possible."

While making reference to the president's address to parliament on Saturday, the partners insisted that Farmajo is willing to end the stalemate, adding that his efforts should be supported by both the opposition and the people of Somalia.

"We listened with interest to the address of the President to the House of the People on 6 February, and noted, in particular, his stated willingness to continued discussions between the Federal Government of Somalia and the Federal Member States aimed at identifying an agreed way forward for the holding of elections," the partners said.

"We strongly support further dialogue in a calm and constructive spirit. We once again underscore that any alternative outcomes, including a parallel processor partial elections, or any other actions that lack broad agreement, would not obtain the support of partners," they added.

We call on Somalia’s political leaders to build on the positive aspects of the Dhusamareb discussions and continue to work together to agree on the implementation of elections in the national interest, read the statement which could now change the fortunes of the country which is embroiled on a deep political crisis.

Similar sentiments have been raised by the US ambassador to Somalia Donald Yamamoto who now wants the government to continue holding talks with the opposition, in a bid to resolve the stalemate. Yamamoto said there is still room for consensus despite the hard positions by the parties which are involved in the stalemate.

Already, the opposition team and the federal state of Puntland have insisted that they will not recognize Farmajo as the legitimate president of the country, arguing that he should leave the office.

Elections had initially been planned for December last year but the opposition accused Farmajo of installing his agents as electoral officials.