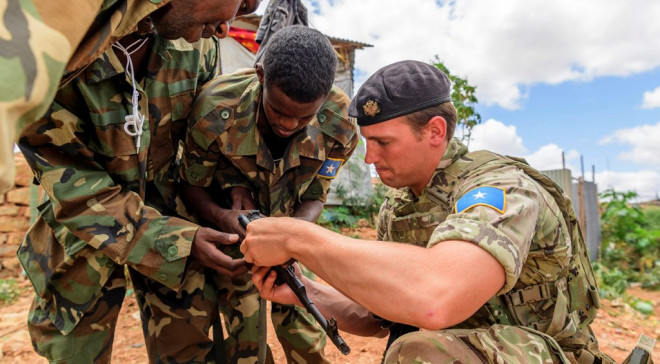 MOGADISHU, Somalia - UK has invested in the training of the Somali National Army [SNA] as one of the strategies to help the country tackle growing security challenges key among them the fight against Al-Shabaab terrorists who control large swathes of rural central and southern Somalia.

Kate Foster, the outgoing UK envoy to Somalia, noted that the country has immersed itself fully in training and equipping SNA troops at the UK training camp in Baidoa, Southwest, with the soldiers joining their counterparts on the battlefield.

Ms. Foster, who met President Hassan Sheikh Mohamud during her farewell over the weekend, noted that they seized the opportunity to discuss "ongoing shared priorities, including security, economic reforms, and humanitarian response efforts".

The two visited the UK Training Centre, where the president spoke to Somali troops and observed Somali instructors providing medical and counter-IED training. The Al-Shabaab uses Improvised Explosive Devices [IEDs] while initiating attacks across the country.

She confirmed that the United Kingdom as one of the key security partners of Somalia has trained over 2,700 soldiers who have been given 43 vehicles for operations. The soldiers are dispatched to various Forward Operating Bases where they join the rest of the teams trained by other friendly governments.

"United Kingdom is pleased to support the Somali Security Forces. We have now trained over 2700 troops and donated 43 vehicles. We will continue to support the SNA through further strategic training," said Ms. Foster who now ends her three-year stint in Somalia as London's chief envoy.

"We are also supporting Somalia forces on joint operations against al-Shabaab through the UNSOS Trust Fund. UK has contributed £4.5 million this financial year to provide vital logistical capabilities to over 10,000 SNA and medical evacuations of frontline forces, " she added.

Besides the soldiers trained by the United Kingdom, Somalia is also privileged with special assistance from Turkey which trains Gorgor troops, and the United States which is responsible for training and equipping Danab Special Forces. Eritrea also recently trained over 5000 soldiers.

They were arrested in late December after defying a government directive not to contact or cooperate with Al Shabaab militants.

Al-Shabaab has been under an onslaught in the last seven months with President Hassan Sheikh Mohamud bowing to eliminate them in operations. 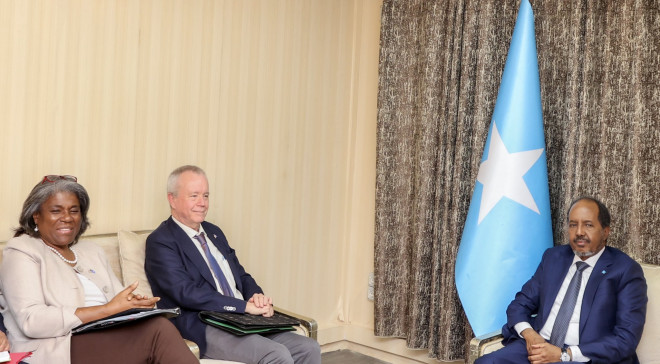 US provides $41 million in aid to Somalia