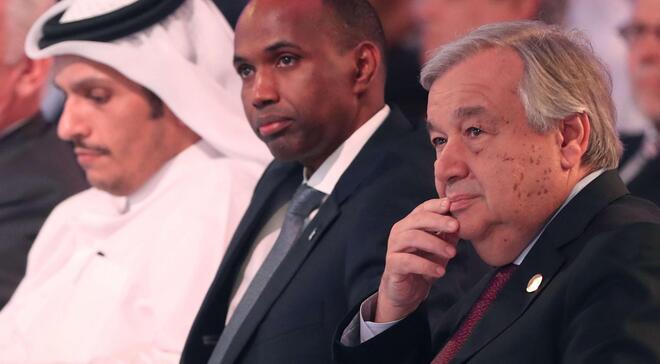 MOGADISHU, Somalia - For the first time in as many weeks, the United Nations has publicly spoken about the controversial ouster of Somali Prime Minister Hassan Ali Khaire, who lost his seat early this month at the time the country is fighting for consensus building among political elites in the Horn of Africa nation.

The Lower House voted en mass to kick out Khaire in July 25, a key figure in the transition of Somalia, a country which has struggled with dwindling economic fortunes which dates back to the 90s when the military rule of Siad Barre collapsed. Since then, Somalia has been dealing with terrorism challenges.

But in a tough-worded statement, UN Secretary-General Antonio Guterres condemned the ouster during his submission before the UN Security Council, arguing that the move might have been intended to disrupt the ongoing consultation between the Federal Government and member states.

The UN boss said the removal will affect economic transition given that Khaire was on the frontline pushing for the cancellation of the country's debt besides pushing for investment in Somalia. Khaire managed to have the country forgiven its debt by a number of international lenders among them World Bank.

"I am concerned that the abrupt removal of Mr. Khayre might disrupt the implementation of the agreements reached in Dhuusamarreeb, as well as the ongoing security transition operations and the political, security and economic reforms the Prime Minister was leading," he told the UNSC.

Khaire was replaced by Mahdi Mohamed Guleid, who had been serving as Deputy Prime Minister but he cannot perform certain constitutional duties because he's serving on an interim basis. President Mohamed Abdullahi Farmajo is yet to pick a substantive replacement of Khaire.

According to sources, Farmajo plotted Khaire's ouster after the former PM insisted on holding timely elections contrary to Villa Somalia's wishes. But Farmajo denied the claims, arguing that the PM had developed a bad working relationship with the Lower House which planned his removal.

However, the country's leadership save for Jubaland and Puntland leaders reached a deal on Thursday where they agreed to have a constituency caucus election, which would see influential people in the society picking MPs who will eventually pick the president.

And the UN boss had warned against dragging of implementation of Dhusamareb agreement, arguing that the country needs to move on. He asked all stakeholders to reach a consensus for the sake of peace and stability in the war-torn nation.

"It is vital to continue to honor the agreements reached by the federal and state leaders in Dhuusamarreeb and the timelines for follow-up meetings, and to ensure that all Somali stakeholders, including the federal and state leaders, Parliament, political parties and civil society representatives, undertake
urgent and concerted efforts to reach a broad-based inclusive agreement on the way forward on elections," he added.

Farmajo is said to be targeting a diplomat for the Prime Minister position with some other sources claiming that he could reward the opposition to allow the formation of the Government of National Unity, a move which would pave way for term extension and proper electoral preparation.

Previously, Somalia had been using the archaic clan-based model of elections and the Dhusamareb agreement seems to have only adjusted a few clauses, including allowing civil society and intellectuals to participate. The term for the current administration expires in November this year.