UN calls for sustained funding to avert hunger in Somalia 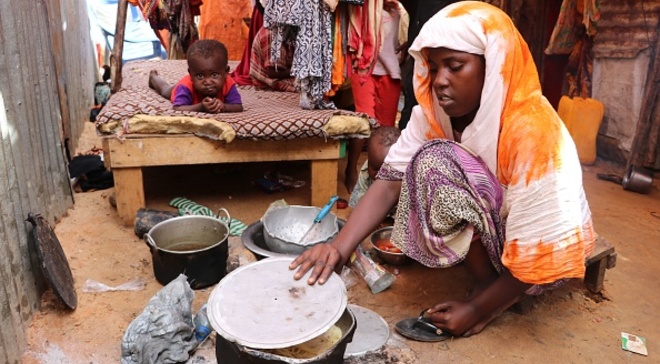 The UN top relief official on Thursday called for sustained funding to protect recent gains made in beating back hunger in Somalia where the main harvest was the worst since the famine in 2011.

“The latest food security analysis for Somalia shows that our response is working. One million fewer Somalis are hungry today than had been projected because we acted early when we saw the situation could deteriorate and because aid workers are able to deliver,” said Lowcock in a statement issued in Mogadishu.

He was speaking at the end of a two-day mission to Somalia undertaken with the World Bank Group’s Senior Vice President for the 2030 Development Agenda, UN Relations, and Partnerships Mahmoud Mohieldin, and the UN Assistant Secretary-General for Peacebuilding Support, Oscar Fernandez-Taranco.

According to Lowcock, the analysis also shows that the harvest from the April-June cropping season is the worst since 2011 because of poor and erratic rains, followed by flooding at the end of the rainy season.

“A third of them will be severely food insecure without sustained aid. And climate-related events will continue to have deleterious effects on the humanitarian situation in Somalia,” he said.

The UN official reiterated the importance of the government’s resilience and recovery framework, which is at the center of efforts to break the paradigm of recurring humanitarian crises in Somalia.

“Following the failed harvest and the impact of flooding, I urge all donors to step up their generous support to enable the provision of life-saving assistance alongside long-term and durable solutions to help prevent a recurrence of humanitarian crises,” said Lowcock.

“A sustained humanitarian response must be combined with government-led developmental and peacebuilding approaches to promote reconciliation and to assist people to rebuild their country,” he said.

The Peacebuilding Fund that his office manages is supporting the Midnimo project that brings together humanitarian, development and peacebuilding elements to address the impact of displacement in Baidoa.

The delegation visited Baidoa where nearly 360,000 people who fled slow-onset drought, terrorist attacks and armed conflict over the past three years.

During a meeting with Prime Minister Hassan Ali Khaire in Baidoa, the three officials commended the government for its leadership on the Recovery and Resilience Framework and reiterated their commitment to supporting the Government to address the impacts of repeated cycles of disaster.

Mohieldin said the World Bank Group will continue to support Somalia’s efforts to boost investment in its productive sectors and infrastructure in line with the priorities of the Recovery and Resilience Framework and the new National Development Plan for 2020-2024.