US acknowledges limited progress in fight against Al-Shabaab in Somalia 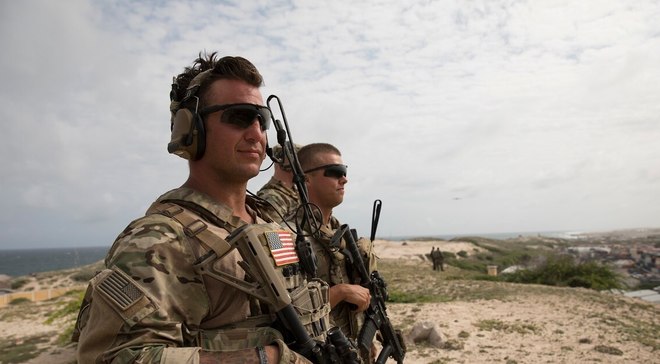 MOGADISHU, Somalia - Al-Shabaab remains a major threat to US and partners within East Africa, Department of Defense has said, warning that "they might expand their territories".

For a decade now, the Al-Qaida associated insurgents have caused havoc within Somalia and her neighbors, killing over 4,000 people in deadly bomb attacks.

The US has been one of the major partners in the fight against Al-Shabaab, although the successes remain limited, DoD said in a report published last month.

Over 500 elite troops from the US have been helping SNA with logistical support besides training special forces as a sustainable project for Somalia's long-term future.

Despite zeal to degrade the militants, they have often targeted strategic areas such as hotels, military intersections and installations to destabilize FGS and AMISOM troops, DoD said.

For instance, the militants waged an attack at the Ballidogle army base last year, which is a primary training center for the US military, although the raid was repulsed.

But early this year, the militants successfully raid US Naval Base in Lamu, killing three Americans in the process, DoD noted, adding that "this was a major security lapse".

Investigations are still on to establish how the militants accessed the heavily fortified base, which has been traditionally used by KDF and US Marine Corps.

Stephen Townsend, the AFRICOM commander, described the attack as “ruthless” and said the group “must be dealt with before the network expands its reach to other places, to include their stated desire to strike U.S. citizens in the U.S. homeland.”

During his testimony at the US Senate's Armed Forces Committee, Townsend added that “al Shabaab is most dangerous to U.S. interests today.”

However, according to the Defense Intelligence Agency (DIA), cross-border attacks into Kenya as of October 2019 decreased by 71 percent compared to the same period in 2018.

Kenya has borne the brunt of Al-Shabaab attacks, with the heavy presence of KDF troops in Somalia informing the raids, officials said.

As part of the counterterrorism mission, the US has often conducted airstrikes in Somalia, targeting Al-Shabaab hideouts in the Central and Southern regions of the country.

So far, over 8 airstrikes have been conducted this year with the help of SNA troops, killing dozens of militants at Jilib town, the Al-Shabaab headquarters, AFRICOM said.

But AFRICOM reported to the DoD OIG that the Somali National Army (SNA) experienced limited success against al Shabaab, the report said.

However, despite the setbacks in the fight against the militants, the US and allied forces have continued to make slow but significant progress, the report said.

Although the militants have exhausted charcoal trade, the Al-Shabaab has resorted to mafia-style taxation to finance its retrogressive activities, the US said.