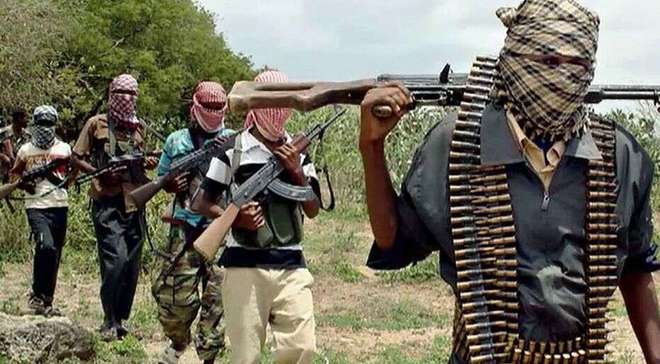 MOGADISHU, Somalia - A compound controlled by Al-Shabaab militants was dismembered in Jilib town on Wednesday, Somalia government said, in the latest series of airstrikes targeting the Al-Qaida associated insurgents.

Early this week, the US military in coordination with SNA unleashed an airstrike near the town, killing a suspected Al-Shabaab militant, AFRICOM said.

For years now, the militants have controlled sections of Southern Somalia, ever since they lost grip in the capital Mogadishu.

Ismael Mukhtar, the government spokesperson, said the airstrike, "is the second success in Jilib against the militants".

"The Federal Government of Somalia in coordination with and supported by the US Government, conducted an airstrike inside the al-Shabaab-controlled city of Jilib," he said.

Training and equipping of the militants have largely been undertaken in the town, which is now the hub of radicalization and violent extremism.

Located in the Middle Juba region in Southern Somalia, Jilib town has often been mentioned by different international rights groups as the "cell for Al-Shabaab recruitment".

A compound manned by the militants, Ismael said, was completely destroyed by the airstrike. It is located a few kilometers from the town, he added.

Civilians safe after the attack

But such airstrikes targeting Al-Shabaab have often left a number of civilians dead, raising an outcry from the international community.

However, Mukhtar added, "at the time of the attack, we can establish that no civilians were killed or injured. Their safety was guaranteed."

Dozens of civilians have lost their lives following US coordinated airstrikes, with human rights groups also claiming that Monday's strike killed a farmer.

While the compound affected is said to have been a major asset to the Al-Shabaab militants, there were no reports on the casualties on their side.

Both FGS and allies have for years increased onslaught against the militants at the South, in a bid to liberate some of the strategic villages, he said.

The attack, Ismael added, "demonstrates that the Al-Shabaab militants have lost grip given that they have been neutralized at Jilib".

AMISOM and US troops have intensified campaigns to flush out the militants from the region, a process that the spokesperson termed as "very successful" so far.

He said that the FGS will continue to protect civilians from "these radical elements who use paranoia and conspiracy theories to drive their agenda".

Although such airstrikes have greatly impaired the militants, there are no strategic plans by FGS to continue holding on the liberated towns, a report said.

US instrumental in the attacks

Since the beginning of the year, the US Africa Command has launched at least six airstrikes, killing dozens of the militants at the southern parts.

The strikes, AFRICOM said, "are part of our retaliatory attacks against the militants who have continued to kill innocent people".

The US has a total of 500 soldiers in Somalia who are strategically deployed to help in logistical support besides training SNA forces.