US calls for political dialogue ahead of elections in Somalia 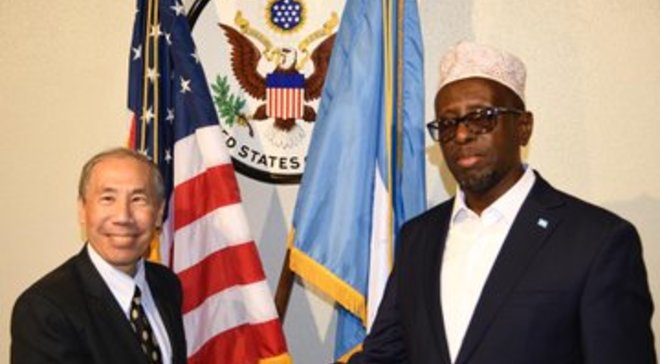 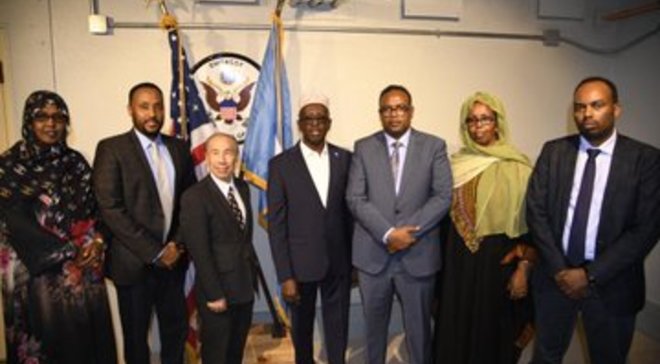 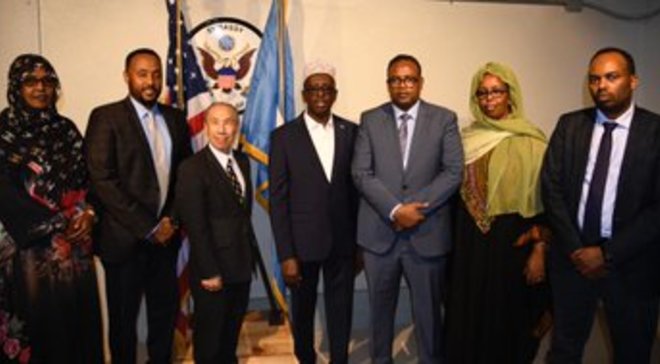 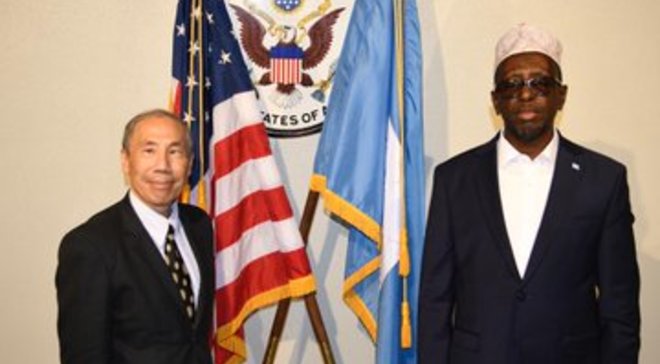 During a meeting in Mogadishu with the ex-president and current opposition alliance leader, Sharif Sheikh Ahmed, U.S. Ambassador to Somalia, Donald Yamamoto emphasized the importance of togetherness and unity.

“The United States encourages continued engagement and cooperation between all stakeholders to create conditions for timely, free, and fair elections in Somalia,” said U.S. Embassy in a tweet.

The meeting follows a recent meeting between Somali President Mohamed Abdullahi Mohamed Farmajo and two of his predecessors held in the capital, Mogadishu, last month in which both sides discussed ways to defuse a political standoff.

The U.S. urged the Federal Government of Somalia, all Federal Member States, and the political parties in Somalia to work towards political reconciliation, cooperation, and unity through peaceful dialogue.

With Somalia scheduled to hold “one-person, one-vote” elections in 2020-21, the international partners push for the country’s leaders must act now to break the “stalemate” between the central government and federal member states.

Briefing the UN Security Council last month, James Swan, head of the UN Assistance Mission in Somalia (UNSOM), highlighted the need for Parliament to pass the electoral code and adopt amendments to the political parties’ law before the end of this year.

Despite ongoing insecurity, fragile institutions, and other challenges, the current Somali Federal Government says it will hold “one-person, one-vote elections”, the first in the country in 50 years.