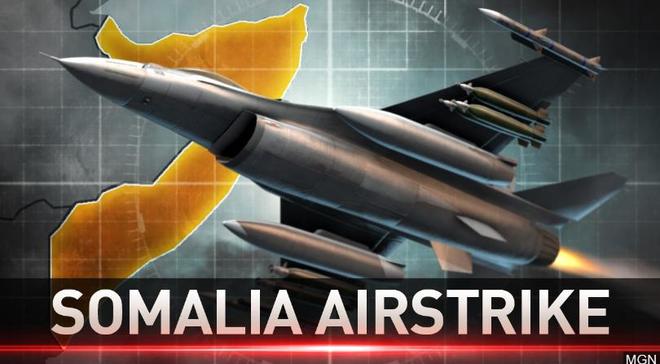 US African Command troops and SNA forces have been executing a series of drone strikes in Al-Shabaab controlled regions, and already, 20 such raids have been conducted this year, leaving dozens dead.

Initial assessment by the AFRICOM established that one militant was killed with two others critically injured in the 20th airstrike in 2020.

Previously, the command has been subjected to criticism for allegedly targeting civilians, but AFRICOM said: "We currently assess no civilians were injured or killed as a result of these airstrikes".

For the last 34 months, Ali Dhere said, at least 82.7 percent of US drone strikes have been targeting civilians; mostly innocent farmers in Somalia.

Maj. Gen. Bill Gayler, director of operations, U.S. Africa Command, who acknowledged the drone strikes, said the US is determined to help Somalia vanquish the militants.

“US Africa Command is focused on support to the Federal Government of Somalia and helping them end al-Shabaab‘s brutal ambitions and treatment of the Somali people,” he said.

Striking al-Shabaab leadership, fighters, facilities, and areas of operations, he added, "is one of the ways we continue to pressure their network.”

The UN recently observed that such airstrikes have forced the militants to abandon their hideouts in remote villages for urban centers, which are safe from frequent bombing.

Lower Shebelle and Juba regions have been earmarked as Al-Shabaab strongholds by allied forces. Recently, the militants killed over 20 SNA troops at El-Salini military base in Lower Shebelle, officials said.

Al-Shabaab leadership, AFRICOM noted, "has expressed its primary desire is to conduct attacks not just in East Africa, but against Americans and U.S. interests across the globe".

Although the group remains fairly neutralized, it has managed to execute sporadic attacks in East Africa, killing dozens of people for a decade now.