US launches airstrike in Somalia after troops come under attack 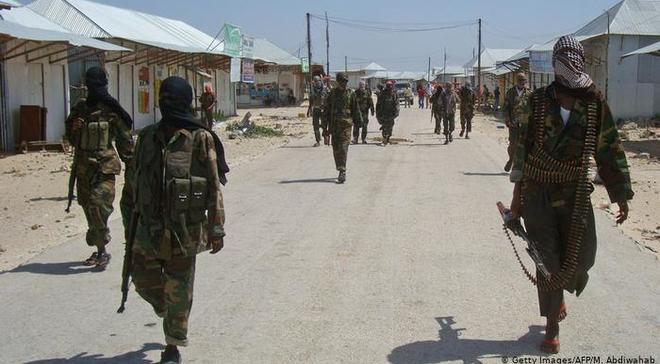 MOGADISHU, Somalia - The US military said on Monday that it launched a precision airstrike against the extremist group al-Shabab in Somalia, killing at least three militants, Garowe Online reports.

The US Africa Command said in a statement, seen by Garowe Online that the airstrike was launched in the vicinity of Toratorow in the Lower Shabelle region in southern Somalia on fifth May 2019.

The airstrike was conducted in collective self-defence of our Somali partners after they were engaged by Al-Shabab militants during an operation," read the AFRICOM statement in part.

AFRICOM said its assessment had shown that no civilians were killed on injured in the airstrike. There were no independent sources verifying the casualty number of the attack.

The raid is the latest in a dramatic uptick in US air strikes in the Horn of Africa nation since President Donald Trump took office in early 2017. Since the start of this year, the US carried out more than 30 strikes.

The Al Qaida-affiliated Al Shabaab militant group once controlled large swathes of Somalia. African Union [AU] forces have succeeded in pushing it from major cities, including Mogadishu in 2011.

Al Shabaab, the deadliest militant group in Africa, continues with attacks in Somalia and neighbouring Kenya which contributed troops to the AU mission in the long-chaotic Horn of Africa nation.

The US special operations troops have been operating in Somalia for several years, working alongside Somali and African Union forces as front-line advisers.