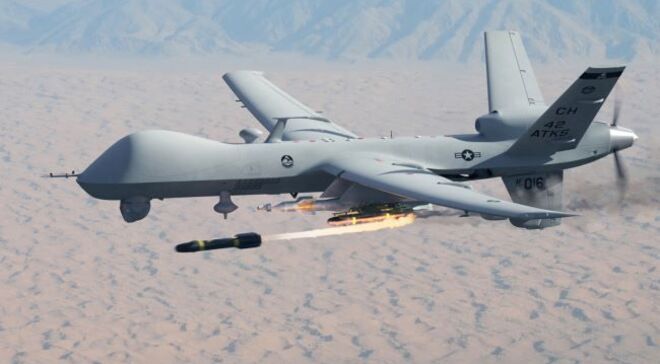 MOGADISHU, Somalia - After almost a fortnight, the US army has confirmed the death of one of the most sought Al-Shabaab operative in Somalia, who is linked with sophisticated training, raids on military bases, and collection of taxes from innocent civilians from parts of Lower Shebelle, and even across the borders.

In a statement released by the US Africa Command [AFRICOM], the terrorist was identified as Abdulkadir Commandos just as earlier identified by the Somali National Army [SNA] and intelligence officials who had taken part in the raid. He was killed on August 25 in a US-led operation.

The airstrike took place on the outskirts of Saakow town just near where Bashir Qorgab, another dangerous terrorist was killed earlier this year. Investigations by the US Africa Command established that the slain terrorist-held numerous positions within the Al-Shabaab terrorist organization, including recently serving as a senior Al-Shabaab commander.

“Operations such as this strike at the heart of Al-Shabaab and are critical to degrading their ability to spread chaos and violence in Somalia and beyond,” said U.S. Army Gen. Stephen Townsend, commander of U.S. Africa Command. “We will continue to work with our Somali partners to keep the pressure on these terrorists.”

This year alone, the US military in collaboration with the Federal Government of Somalia has conducted a record 46 airstrikes with the aim of degrading the Al-Shabaab militants. This is the highest record within the same period and in the process, over 70 terrorists have been killed.

U.S. Africa Command provides support for operations and trains, advises, assists, and accompanies Somali security forces to help build defense capacity, the US military, which has close to 500 personnel in Somalia, said in the statement.

“We continue to sharpen our focus on this dangerous enemy,” Townsend said. “With our Somali partners, we continue to weaken the Al-Shabaab network by removing key leaders from its ranks. Doing so makes Somalia and America safer.”

In 2020, U.S. Africa Command in partnership with the Federal Government of Somalia has successfully removed several key Al-Shabaab leaders to include Bashir Mohamed Mahamoud, aka Bashir Qoorgaab, Yusif Jiis, and most recently Abdulqadir Commandos—via precision airstrikes.

The confirmation comes just over 48 hours after the militants raided a US outpost in Janay Abdulle, over 50 kilometers West of Kismayo, the regional administrative capital of Jubaland. The attack left one US serviceman injured according to Col. Chris Karns.

Also, reports from the ministry of information in Somalia indicated that two SNA officers from the Danab special forces died while three others were critically wounded. Al-Shabaab had placed the total number of casualties at 20 in a statement published by friendly media outlets.