US military launches airstrike against Al-Shabab in Somalia 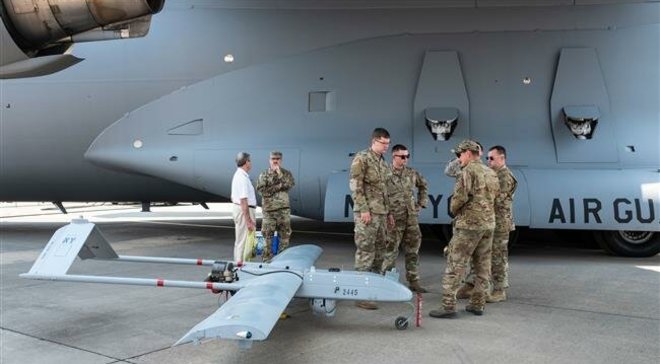 MOGADISHU, Somalia — United States military says it has killed one fighter with the al-Shabab extremist group with an airstrike in southern Somalia, after a pair of car bombs hit a military base, Garowe Online reports.

In a statement, the U.S. Africa Command [AFRICOM] said the strike was conducted on Tuesday in the vicinity of Kunyo-Barrow district of Lower Shabelle region, where allied troops are battling Al-Shabab.

“Currently, we assess no civilians were injured or killed as a result of this airstrike,” said AFRICOM, adding that it will continue to work with its partners to transfer the responsibility for long-term security in Somalia.

The new airstrike was announced days after 6 soldiers were killed in two-car bombings at a military camp in Awdheegle town in the same region, which lies about 70 kilometers southwest of Mogadishu.

US military is assisting Somali and AU partner forces on the ground to continue to make incursions into territory controlled by al-Shabab,” giving them chances to collect more intelligence and develop targets.

Despite losing ground to the allied forces, Al-Shabab, Africa’s deadliest militant group still has the ability to strike in the heart of Mogadishu, the seat of Somali Government and foreign diplomatic missions.

The United States says it acts in coordination with Somalia’s government, whose military is expected to take over primary responsibility for the country’s security from AMISOM over the next few years.