US military takes credit for liberation of Janaale from Al-Shabaab 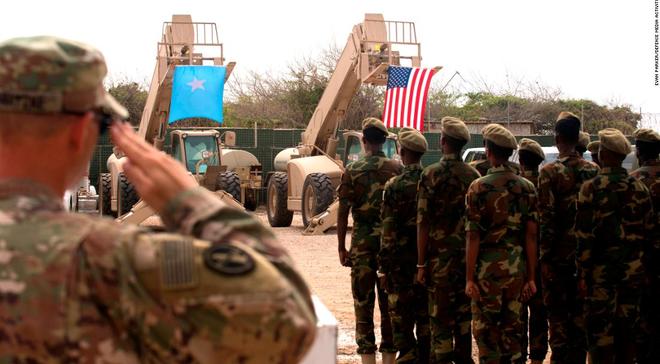 MOGADISHU, Somalia - The US Africa Command played an integral role in the liberation of Al-Shabaab-held Janaale town on Monday, officials have said, in an operation that also involved forces from SNA and AMISOM.

For a decade, the Al-Shabaab militants had been using the agricultural-rich town for recruitment, training and even raising of taxes from poor locals for sustainability, reports indicate.

After the historic capture on Monday, AMISOM termed the operation "successful" with the Somalia government also hailing the foreign troops for their "dedication" to unbind Somalia from the terrorists.

But little was said about the US military, which has a sizeable number of troops in Somalia until Thursday's statement from AFRICOM. Even before the takeover, the US had launched two separate airstrikes which left nine dead, officials said.

And on Monday and Tuesday during the siege, five airstrikes were launched by the US military, targeting the hideouts of the militants, as the ground troops from SNA and AMISOM raided the town, reports indicate.

Unlike in previous outings, AFRICOM insisted that "Currently, we assess no civilians were injured or killed as a result of these airstrikes". U.S. forces, it added, "we're in the area when these airstrikes occurred in order to advise and assist Somali and partner forces".

"We protect and remain committed to our partners - plain and simple," said the army general. "We eliminated terrorists posing a direct and immediate threat, allowing our African partners to maintain the momentum on the ground."

Most of the Somalia National Army [SNA] soldiers who participated in the volatile operation were selected from Danab forces, who are trained and funded by the US, officials said.

The US has about 500 troops in Somalia who help, besides training of the Special Forces, conduct sophisticated air operations to buoy the ground forces in technical raids. The US is set to stay a little longer in Somalia, AFRICOM added.

Somali security forces continue to lead operations alongside AMISOM forces to increase security and seize ground from al-Shabaab. AMISOM is scheduled to completely withdraw by 2021.

Gen. Stephen Townsend, the commander of AFRICOM, recently termed Al-Shabaab a "dangerous" group which "can wage deadly attacks" outside Somalia if not managed. He had appeared before the House Armed Forces Committee.

"Al-Shabaab continues to conduct attacks in East Africa and will continue to threaten American and western interests in the region," AFRICOM said in a statement.

Janaale town is located in the strategic Lower Shebelle, a region that has borne the brunt of Al-Shabaab raids. It's taking over gives SNA troops room to establish itself as a formidable force.

Already, plans are underway to set a local administration that will work under the surveillance of SNA and Special Forces, Prime Minister Hassan Ali Khaire said in a tweet.

There are currently about 6,000 Al-Shabaab militants in Somalia, who have worked tirelessly since 2008 to topple the fragile UN-backed Somalia government, as efforts to restore a functional state in Somalia continue.