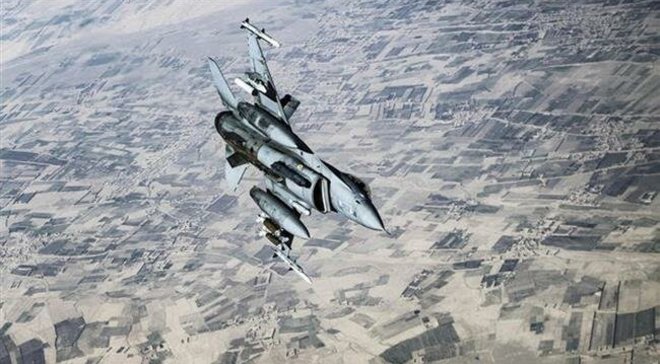 MOGADISHU, Somalia - The US military has ramped up air campaign against pro-Islamic State militants in Somalia over the past few months, local officials confirmed, Garowe Online reports.

The United States Africa Command [AFRICOM] said Friday 6 ISIL fighters were killed in an airstrike in the Golis Mountains in Puntland, where there has been an uptick in raids on the militant group in the past.

The airstrike was conducted on 4th June 2019, marking what is believed to be the 7th air operation of the year just weeks after another raid killed the group’s second-in-command in the long-chaotic country.

The Golis Mountains are a known area for terrorist camps and ongoing fighting between ISIL and al-Shabaab.

ISIL branch in Somalia has been particularly active in the northern Puntland region, where its fighters have established training camps and depots for weapons coming mainly from nearby Yemen.

Since 2017, nearly all of US airstrikes in Somalia have been directed against Al-Shabab, a homegrown group linked to al-Qaida that has waged a decade-long battle against country’s weak government.

But ISIL-Somalia, which has been a small but persistent presence over the past 3 years, is becoming a more frequent target by US military using attack aircraft and drones bombing the group’s hideouts.

That group, based in semi-autonomous Puntland, is led by Abdulqadir Mumin, who in August 2016 was placed by the US State Department on a list of international terrorists.

AFRICOM is targeting ISIL elements in Somalia “to limit and disrupt freedom of movement in the area and to eliminate leaders of the organization,” the US Africa command said in a statement.

The US military presence in Somalia also has grown as American forces assist local troops in the battle against the Al-Shabab group that has been the main target of the strikes.

The US says more than 800 have been killed in American strikes since the program began in 2011.

The human rights group Amnesty International had said many innocent Somali civilians were killed and hundreds wounded as the result of US airstrikes in southern Somalia in recent years.