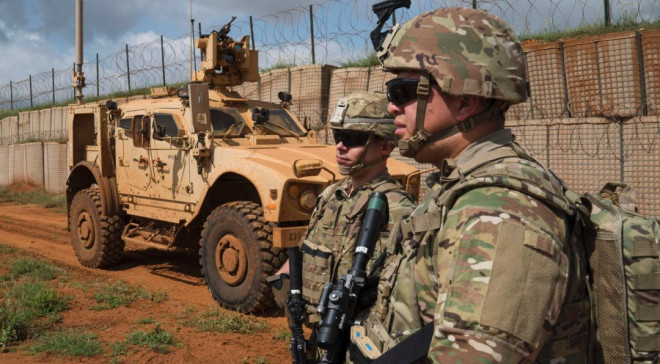 MOGADISHU, Somalia - For seven months, the United States has slowed down operations against Al-Shabaab militants in Somalia, in a strategy that has been widely criticized by local stakeholders, who believe the efforts of US Africa Command were still needed to eradicate the militants.

On Jan. 19, a U.S. aircraft opened fire on a vehicle driving near Jamaame, Somalia, killing a commander of the Islamist militant group Al-Shabaab, the local al Qaeda affiliate, which has been a thorn in the flesh for the fragile nation, still fighting for stability, three decades later.

That mission and another the same day brought to 203 the number of airstrikes former President Donald Trump carried out in Somalia during his term in office, according to military records. On Jan. 20, Joe Biden was sworn in as president. Since then, there hasn’t been a single U.S. airstrike on al-Shabaab.

The U.S. war against al-Shabaab, conducted largely behind a veil of secrecy since 2007, remains in limbo as Mr. Biden weighs his national-security priorities and wrestles with the last-minute decisions of his predecessor.

“We’re committed to Somalia,” said a senior U.S. official as quoted by the Wall Street Journal, a leading US publication. “What exactly that will look like is still under discussion.”

Close to 700 US troops who were responsible for among others, training and equipping Special Forces besides helping in aerial surveillance, left Somalia without a structured plan. A number of them were repositioned in Kenya and Djibouti.

But the burden now seems to be shifting to the Somali National Army [SNA] and African Union Mission Forces [AMISOM], who are set to leave Somalia upon full implementation of the Somali Transition Plan [STP]. They are expected to hand over security responsibilities to SNA by the end of 2021.

The US Africa Command top general, Stephen Townsend recently told the US Senate that "Al-Shabaab is still a dangerous entity in Somalia but we are weighing for strategies on how we shall bounce back and help in defeating the group".

However, he did not highlight the exact plans despite reports from the Department of Defense that Biden has already written a proposal to them, suggesting deployment of Special Forces to Somalia, to help in fighting the militants.

As a short-term strategy, however, the US has already dispatched Special Forces to Kenya's northeastern region, where they are helping Kenya Defense Forces [KDF] in tracing and killing the militants. The troops are currently stationed in Wajir, a county in northeastern Kenya where Al-Shabaab frequently wages attacks.

Besides Somalia, Al-Shabaab has often crossed over to Kenya where it wages persistent attacks, especially in Mandera, Wajir, Garissa, and Lamu. In January 2020, the United States army was attacked in Manda Bay base by the militants.

Al-Shabaab still controls large swathes of rural central and southern Somalia, but they have been significantly weakened in their strong bases such as Middle and Lower Jubba. There are close to 7,000 active Al-Shabaab fighters in the country.