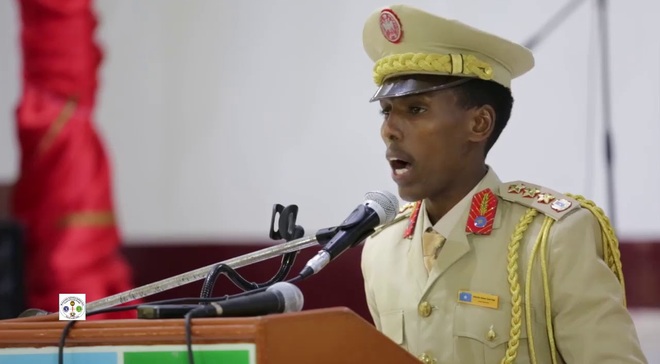 The army chief said that at least seven Al-Shabaab militants were killed by the US-trained Danab, adding that several others were injured and are in the custody of the security forces. He said the operation targeted those who have been supporting the Al-Shabaab activities in the region for a while.

The operation came just a few hours after the Uganda People's Defence Forces [UPDF] troops were attacked by the Al-Shabaab militants in a raid that was quickly foiled. Several Al-Shabaab militants also lost their lives during the deadly encounter at one of the AU forces' base.

General Yusuf Rageh said the army will continue with the operation until the militants are flushed from Lower Shebelle, adding that the raids may take more time than initially thought by the armed forces, who have been working closely with foreign mission troops.

The army boss hailed locals for working with soldiers in the fight against Al-Shabaab, arguing that provision of intelligence briefings have borne fruits in several encounters. He also urged the local community to resist attempts by the group to recruit more youths.

"We are fighting to liberate our country from these senseless people who are anti-progress. It's our duty to protect the country and am sure that we've made tremendous progress towards the course. I urge security forces to remain focused as we secure the nation," he said, noting that seven militants were killed.

He added: "We are making this progress because the people are cooperating. The army cannot win alone and we are thankful for that. But it's important that our people resist attempts to recruit young people to this group which is senselessly killing our people across the country."

Rageh was promoted to the post last year after helping the SNA troops conquer several towns within Shebelle and Jubba regions. Under his reign, the security forces have managed to liberate several strategic points within the Al-Shabaab regions in Somalia and they are on the verge of rescuing more.

Almost degraded by joint military operations, the Al-Shabaab militants have been targeting military bases and police checkpoints besides attacking senior government officials and civilians linked to the government. But in the process, several innocent civilians have often been killed by the militants.

The latest incident took place in Lower Shabelle, one of the regions considered an Al-Shabaab stronghold. However, the Somali National Army recently announced victory in the region after killing dozens of militants in several strategic villages which are now under the control of the government.