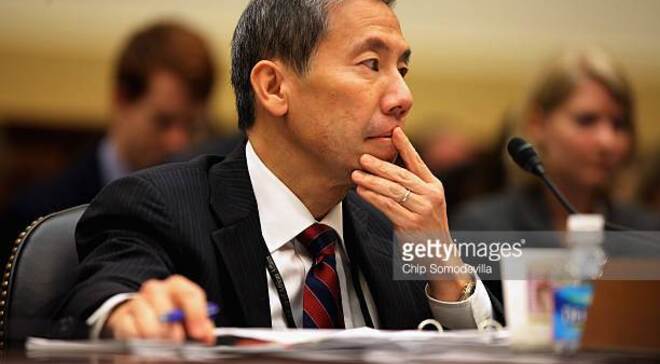 MOGADISHU, Somalia - The United States of America has seemingly shifted her initial push for a universal suffrage election in Somalia and instead, backed a compromise to end an electoral dispute which is brewing in the Horn of Africa nation, following months of heightened political activities.

In a tweet on Friday, Washington seemed to back the latest stand by the international community, which also endorsed consensus among local leaders, in a move which now gives Somalis room to define their destiny through locally engineered agreements.

The US hailed Dhusamareb talks, insisting that consensus would end the quagmire, which had protracted following differences between the Federal Government of Somalia and the Federal Member States, which culminated in a meeting at Galmadug where a preliminary agreement was reached.

According to Washington, the compromise would pave way for timely, peaceful, and pragmatic elections in Somalia, a move that would effectively render the submissions by National Independent Electoral Commission [NIEC], which had ruled out the possibility of holding elections in time.

"The US in Somalia welcomes FGS-FMS leaders’ consensus-building mtg in Dhusamareb and formation of a tech comm on election modalities. We urge all Somali leaders to pursue compromise for elections that are timely, peaceful, and pragmatic to move Somalia democratization a step forward," read the statement.

After several days of meetings in Dhusamareb, President Mohamed Abdullahi Farmajo and regional leaders agreed to elections within the scheduled time, adding that a technical committee would review the most appropriate model for the elections, which won't lead to term extension.

Initially, NIEC had maintained that the earliest it can deliver one-person-one-vote election is March 2021, a move which was rubbished by Federal States leaders. The term for the current administration ends in November 2020 and tentatively, elections were scheduled for December and January.

The committee will now look at the most convenient model which would satisfy all stakeholders. Farmajo had ruled out influencing the model for elections and the entire leadership would return to Dhusamareb in a fortnight to assess proposals by the committee.

Earlier on Friday, the international community had also backed Dhusamareb talks, adding that the leadership should also focus on some aspects of reforms including the constitutional review, pluralism, and establishment of the Human Rights Commission.

"In addition to the electoral model, international partners also urge Somali leaders to agree on a plan to implement other aspects of Somali democratic reform, including the Constitutional Review, the formation of multiparty democracy and creation of a functional Judicial Services Commission, Human Rights Commission, and Constitutional Court," read the statement.

"They also underscore the need to ensure that candidates, parties, women, youth, minority communities, and the media across the country can express themselves freely, especially during the election period," it further stated.

Somalia has never held universal suffrage polls since 1969 after the military took over. Since the ouster of dictator Siad Barre in 1991, the country has also struggled with inter-clan conflicts, internal political squabbles, and Al-Shabaab menace, making it difficult for running government affairs.