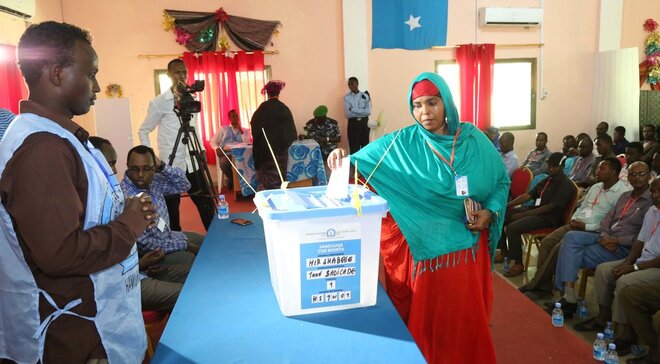 JOWHAR, Somalia - The government of Somalia took a tight grip on the central state of Hirshabelle following major victories in speaker elections even as the country heads to a crucial electioneering period, which is scheduled for this month in all parts of Somalia.

Hirshabelle state is on the verge of picking a new leader who will be at the helm for the next four years and already, they picked regional MPs who participated in the elections of the speaker on Wednesday, in a poll that was closely monitored.

Abdihakim Luman, a candidate who was reportedly backed by Villa Somalia, managed to clinch the speaker's seat with a landslide. He beat his closest challenger Godir and will now serve as the regional assembly speaker for the next four years.

His first immediate task will be overseeing regional Presidential elections before supervising national senatorial polls in the coming months. Mohamed Abdi Waare, who was serving as president, resigned earlier this week, a month after his tenure ended.

The Federal Government of Somalia under the leadership of Farmajo has been keen to impose itself in all regional states. However, penetrating Jubaland and Puntland has been a tall order given the firm leadership of Ahmed Islam Mohamed Madobe and Said Abdullahi Deni respectively.

The opposition accused the central government of manipulating the election in favor of certain candidates, something that could cause a major rift as the country prepares to go for an election. Farmajo will be defending his seat early next year.