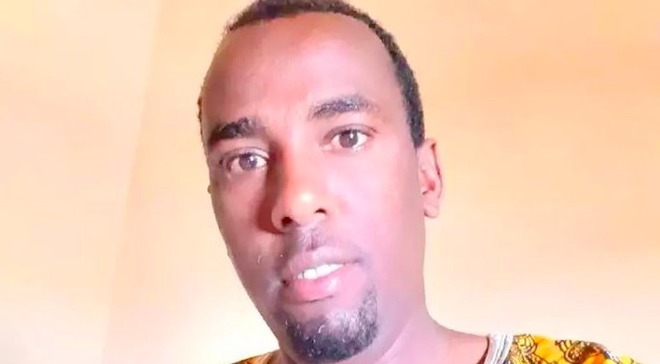 MOGADISHU, Somalia - A VOA Somali Service correspondent has been arrested by police in Baidoa, the interim regional administrative capital of Southwest state, in the latest crackdown against the press freedom and independent media in Somalia.

Mukhtaar Mohamed Atoosh was seized on Monday after reporting a rape incident that involved two women and men in Somali National Army [SNA] military fatigue along Mogadishu-Baidoa road last week. The women were traveling to Baidoa from the capital.

One of the women, a 14-year-old schoolgirl, has since succumbed to injuries sustained from the rape ordeal. She died in a Baidoa hospital with autopsy indicating severe injuries due to both rape and torture.

The rape incident, reports indicate, took place in the vicinity of Yaqbariweyne town which is located between Wanlaweyn and Bur-Hakaba. The suspected SNA soldiers ambushed a passenger vehicle before seizing and raping the two women repeatedly, sources said.

Infuriated with the reports done by the VOA reporter, police descended on him and subsequently arrested him on Monday. According to a report by the officers, the journalist's crime is "reporting the death incident without authority from the state".

Atoosh is currently fighting for his release from detention, a move that could yet again trigger nationwide protests over "harassment and intimidations" against members of the fourth estate.

Journalists working in Southwest were denied information about the death of the rape victim, following orders from the authorities which were issued to the administration of the Bay regional hospital, a number of them revealed. None of the reporters is yet to book for a successful interview.

The latest case adds to already existing allegations against SNA troops over the rising number of rape cases in Somalia. Last week, Somalia's Ministry of Defense admitted that two incidents of rape were being investigated in recently liberated Janaale town.

"We have received reports of a rape case involving two women who were traveling in southern Somalia. We've since arrested two suspected soldiers for questioning by the military court officials," read the statement.

SNA took over the town from Al-Shabaab last month and since then, it's been restoring normalcy. Critics accused the soldiers of "glorifying rape" with some insisting that "Al-Shabaab should have firmly remained in charge". SNA is yet to defend itself from the damning allegations.

Early this month, two young girls were also abducted from their house, raped overnight and abandoned in a nearby field. The girls were aged 3 and 4 but the authorities in Afgoye have since arrested 18 people for interrogations, police said.

Without tangible sexual offenses act, Somalia has often found it difficult to prosecute such cases in a civilian court. Further, some retrogressive traditions brokered by powerful elders have often enabled suspects to secure freedom by just parting with a small fine.

But of more puzzling is the rate at which journalists are being either detained, harassed, exiled or even killed in Somalia, basically for covering weighty issues such as rape, corruption, and terrorism.

On Friday, GoobJoog Group Managing Editor Abdiaziz Ahmed Gurbiye was released on "bail" after protests that were organized by Federation of Somali Union of Journalists, which termed his arrest "illegal".

The senior journalist was arrested at Hodan Police station on Tuesday last after honoring summons and was transferred to Mogadishu Central Prison without any charges being preferred against him.

Mohamed Abdiwahab Abuja, another top reporter, was arrested on Feb. 27 but has never been presented in the court of law for prosecution, contrary to Somalia's federal constitution which provides for the right to a fair hearing.

Since that time, a group of activists said, he had been bungled in Mogadishu prison, even though he's yet to be convicted. He was picked and detained by spy agency NISA, the federation said in a protest letter, leading to Monday's protests in Mogadishu.

Atoosh becomes the second VOA reporter to be embroiled in a tussle with authorities within Somalia this month. Renowned journalist Harun Maruf was warned by spy agency NISA for allegedly "acting outside of media jurisdictions" and was threatened with possible legal action.

The US-based journalist, who also authored Inside Al-Shabaab: The Secret History of Al-Qaida's Ally, has been exposing elements within FGS in his Investigative Dossier program, where he hosts dozens of Al-Shabaab defectors.

In a reporter submitted by Amnesty International dubbed "we live in perpetual fear", journalists in Somalia named Al-Shabaab and FGS as "immediate danger" to their work within the war-torn nation.