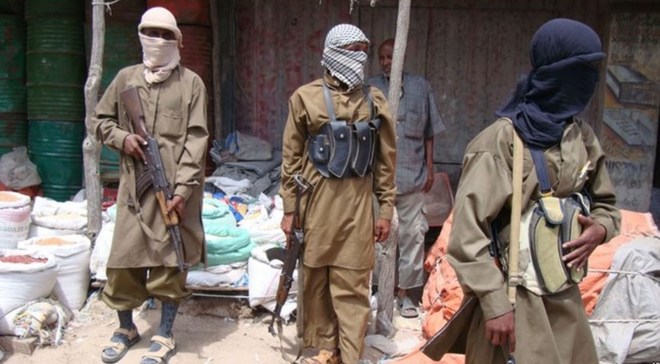 MOGADISHU, Somalia - When the US military unleashed its 32nd routine airstrike in southern Somalia in April. 2, AFRICOM officials reported the incident as previous ordinary airstrikes, noting that "three militants" were killed during the outgoing.

Incidentally, the airstrike was launched almost simultaneously with an Amnesty International complaint, in which the US was accused of failing to "account" for dozens of civilian casualties orchestrated by the airstrikes.

In a press release, US Africa Command leader, Gen. Stephen Townsend, even acknowledged that the death of Jiis would make "Somalia and neighboring countries" safer

"This individual was a key leader in the al-Shabab organization," said U.S. Army Gen. Stephen Townsend, commander of U.S. Africa Command. "He was violent, ruthless and responsible for the loss of many innocent lives. His removal makes Somalia and neighboring countries safer."

Intelligence sources in Southwest state told VOA that the militant was one of the most senior Al-Shabaab operatives in the region, noting that he had been under surveillance for a couple of years. They termed his death "important milestone" in the Al-Shabaab war.

According to intelligence reports, Jiis, whose real name was Yusuf Nur Hassan, was the Al-Shabaab official in charge of dealing with "humanitarian agencies". He's the face behind the 2009 raid on aid agencies, reports added.

Previously, the group targeted aid agencies by blocking Somali civilians in need id the support, a behavior which was rampant in 2011 when over 260,000 succumbed to drought, VOA reported.

Jiis, officials said, had been closely working with the Hisba, a parallel Al-Shabaab police department and is believed to have been added to Al-Shabaab's Consultative Council commonly called Shura.

Some of the names [aliases] attributed to him include Bashar, Yusuf Jeeri, and Moslim Sahal, officials said. He was among the most reliable Al-Shabaab fighter and leader in the southern region, reports indicate.

Also killed in the same airstrike was Yonis Sheikh Dahir, a counterintelligence operative within the same region. The third person was also a member of al-Shabab's Amniyat wing, but his identity has not been confirmed.

A regional intelligence official told VOA he is surprised that these top officials traveled in the same vehicle amid relentless U.S. airstrikes, a complete approach from Al-Shabaab's travel arrangements.

Their deaths come barely two months after a similar airstrike also killed Bashir Qorgab, a senior Al-Shabaab commander, who had fallen out with the team's leader Ahmed Omar Diriye.

Within the last three months, the US airstrikes have left 50 militants dead. This excludes ground combat fatalities, which could be higher. Al-Shabaab has also lost significant strategic towns, officials said.

During his submissions to the House Armed Forces Committee, Townsend termed Al-Shabaab as an "existential threat" to Somalia's integration, adding that "this informs our frequent airstrikes".

The US is critical in giving logistical support such as aerial surveillance and training of SNA troops. Al-Shabaab has been fighting to topple the fragile UN-backed Somalia government since 2008.