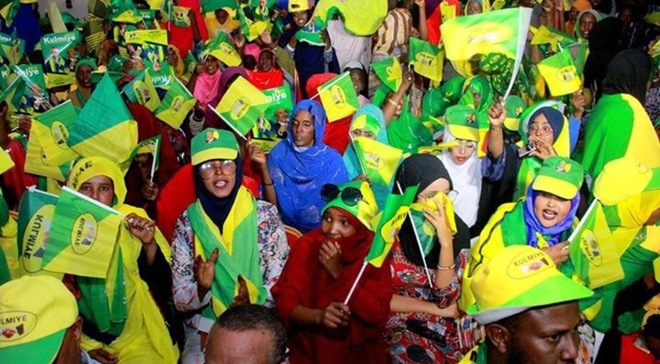 Witnesses said four civilian and a Police officer died during overnight clashes between Waddani party supporters and the security forces in Burao, Erigavo towns, and parts of the state Capital, Hargeisa.

The dead were buried in Burao on Friday morning.

More than 20 people were injured in the violent protests in Somaliland and they have been admitted to hospitals in Burao to receive medical treatment, local medical officials said.

NEC, however, has dismissed claims by Waddani party of fake ballot papers used during the election and called for calm.

Reports from Hargeisa indicate that the poll commission is expected to listen to the concerns of the opposition parties about alleged vote counting irregularity before final election result is announced.

Meanwhile, the International observers of Somaliland Presidential election on Friday urged all parties to use legal channels to bring an end to the post-election differences instead of violent streets protests.

More than 700,000 of voters took part Monday's ballot to the fifth president of Somaliland, which seceded from Somalia in 1991 but so far has not gained international recognition.

Three candidates - Muse Bihi of the ruling Kulmiye party, Abdirahman Mohamed Abdullahi Irro, who is the former speaker of Somaliland parliament, and Faysal Ali Warabe are vying for the state's top seat.

Incumbent Ahmed Mohamed Mohamud Silaanyo is not seeking a re-election.