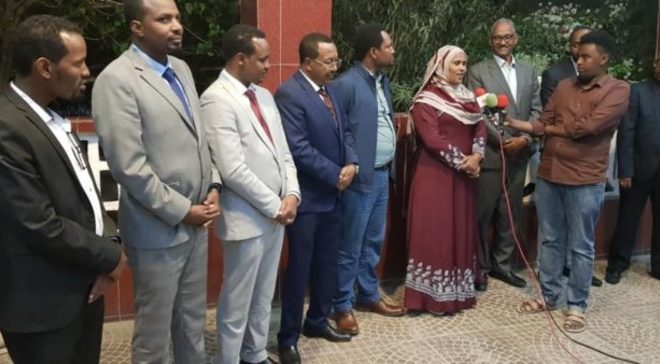 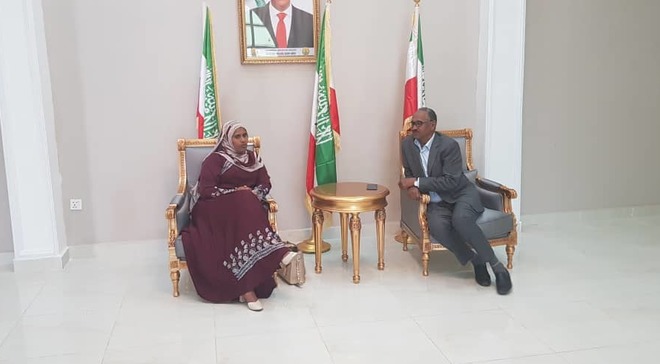 The delegation from the two Ethiopian states will be gracing industrial production affair, hosted by the Somaliland authorities.

Yusuf Mohamed, the Somaliland representative to Ethiopia, ushered in the delegation from Oromia where he explained the motivation behind the visit.

“The Oromia delegation has attended Somaliland’s industrial expo to promote the economic integration between the two countries and the delegation will also visit the port of Berbera to inspect the port operations,” he said.

Oromia delegation was led by Chaltu sani, head of Oromia Revenues Authority and was accompanied by several regional ministers.

The Somaliland Industrial expo is solely meant to open business opportunities for the regional partners, who play a critical role in the promotion of trade.

Sani said: “Somaliland is our second home. I feel that I am at home. Thank you for the cordial reception.”

The revenue boss added, “We’ve strong ties between our two people’s and we talk together to enhance economic integration between us.”

Mohamed Ahmed, the Somaliland minister for investment, ushered in the delegation from the Somali region of Ethiopia.

Just like the Oromia team, the delegation will attend the industrial expo in Hargeisa, whose aim is to expand business territories.

"Today I welcomed a delegation from the Somali region in Ethiopia at Wajaale led by Minister of trade and industry, who will participate in the Somaliland industrial production fair in Hargeisa," he tweeted.

Incidentally, the large international delegation comes to Somaliland at the time the state is struggling with internal administration.

President Muse Bihi Abdi has been struggling to contain the opposition, which accuses him of subverting the rule of law and delaying the autonomous region's polls.