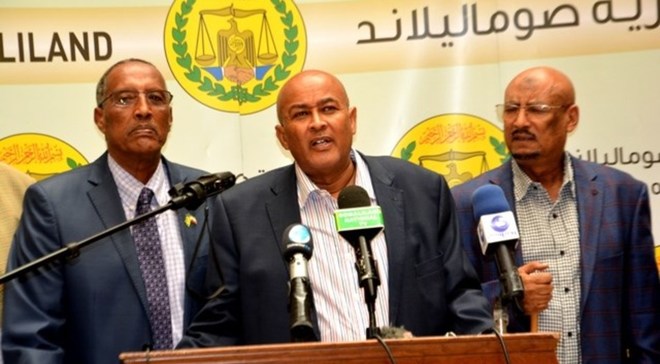 HARGAISA, Somaliland- Political parties in Somaliland region have agreed to delay the presidential polling that was scheduled to be held on March this year, due to worsening drought condition in the region, Garowe Online reports.

Kulmiya ruling party along with opposition parties UCID and Wadani have jointly released a statement on Tuesday, stating the presidential election is delayed for 6 months, as the government is aiming to provide humanitarian assistance to drought victims.

The low rain seasons and extreme climate conditions have significantly affected hundreds families and caused death of many livestock, which considered a lifeline for nomadic communities in Somalia.

Somaliland located in the northwestern of Somalia, has declared its independence from the rest of Somalia as de facto sovereign state in 1991 but it has not been recognized internationally.

Two civilians were killed in the capital of Somaliland, Hargeisa, and the third in Erigavo town in the Sanaag region.

Somalia: Under pressure Bihi embraces dialogue with opposition in Somaliland

On Tuesday, the opposition and government started direct talks after twelve politicians were released by authorities from Mandheera prison in Hargeisa.