Somalia: Somaliland clamps down on opposition amid deepening political woes 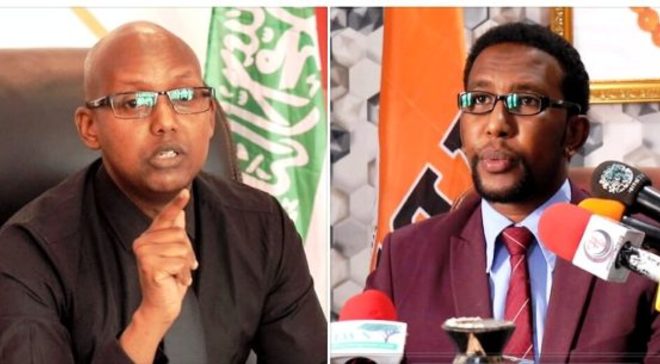 Saleban Said Ali, the chairperson of the Waddani party in the Sahil region, joined the list of detained opposition leaders. He was arrested on Monday afternoon whilst the chair was on his way to Berbera.

According to Abdirahman Mohamed Abdullahi better known as "Abdirahman Irro", the three senior officials were sneaked out of Hargeisa under tight security, in what is seen as a crackdown against Somaliland's opposition.

The opposition party leader also accused police of using live bullets to disperse protestors on Monday but noted that they were, later on, able to access the party's offices after confrontations with authorities.

"They were sneaked out of Hargeisa and we have reported that they are currently detained in Berbera," Irro said, adding that the opposition will continue holding rallies to push for their release.

The chairman of the opposition party further said, "They used live bullets to disperse our people. Their actions are unconstitutional. We shall fight for our rights."

Somaliland President Muse Bihi Abdi has been at loggerheads with opposition leaders over the delay of polls. The opposition accuses him of intentionally delaying elections contrary to the law.

On Monday, Police chief Mohamed Aden blamed the opposition for the ugly confrontations, adding that one police officer was shot and fatally wounded by Irro's security.

"We banned those protests but they went ahead to hold them. The demos were unconstitutional and illegal. One of our officers was fatally wounded," he told reporters.

But in an exclusive interview with Garowe Online, Abdirahman Irro insisted that the regional government had breached the law by delaying polls, insisting that the Waddani party 'will push for electoral reforms'.

"We just want them to call for elections. But for this to happen, we want the current commission to exit. It's opaque and untrustworthy," he said.

He rubbished claims that the Waddani party is funded by the Federal Government of Somalia as 'nonsense and baseless', adding that nothing will stop them from pushing for radical changes.

The opposition party boss also decried persistent violation of human rights in Somaliland, adding that the party will 'work with likeminded people' to push for change.

On the other hand, Somaliland police chief has accused Waddani party of announcing a rally in defiance of a previous ban, adding that one security officer was wounded by Irro's bodyguards during a standoff at the party's main office in Hargeisa on Monday.

Before the leaders were arrested, Civil Societies in Somaliland had piled pressure on the regime to hold polls, arguing that the move 'would salvage democracy'.

"We recommend to President Bihi, to think out of the box and prioritize in holding the long-overdue elections and salvage the country’s democracy. We ask the president to address the opposition’s complaints. The public has a right and demands elections," the group said in a tweet.

"We regret that Somaliland failed to hold elections on time. We call on the disputed members of NEC to resign. The Guurti shall refrain from making extensions. Further extensions are unconstitutional and will undermine democracy."

The arrest of the three leaders could further escalate political tensions in Hargeisa, with the Waddani party vowing to go on with planned demonstrations against Bihi's regime.

Somaliland seceded from the larger Somalia in 199 but the United Nations rejected attempts to have it recognized as a sovereign state. It's one of the most stable states in Somalia.

The standoff comes at the time Somalia is also preparing to hold a national poll in 2020-2021 when the term of the current parliament comes to an end. The country is formulating election laws.