Somali-Americans shine in US 2020 elections 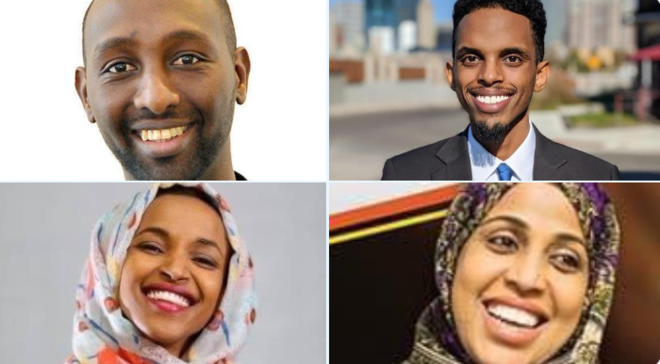 WASHINTON, USA - The just-concluded US elections may have after all cemented fortunes of Somali refugees in America following significant victories in Minnesota, a state which has a sizeable number of them according to preliminary results that were issued on Wednesday morning.

At least four Somalis won important seats in the country an indication of a growing population in the US and a possible determination of future general elections in the country. There is a significant number of Somali refugees in the United States.

In Minnesota, Hodan Hassan won the State House race just like Mohamud Noor according to preliminary results which have since been confirmed. The two will serve in the local assembly for the next four years where they will be determining policy-making among other governance issues.

Omar Fateh was also elected to serve in Minnesota State Senate for the next four years after an emphatic victory. He becomes the first Somali-American to be elected to Minnesota Senate where he will also be dealing with issues of legislations among others.

But the most important win was that of Minnesota 5th District representative Ilhan Omar who successfully defended her seat. Ms. Omar, famously known for his criticism towards President Donald Trump, was first elected in 2018, becoming the first Muslim in Congress.

So fierce and objective has been Ms. Omar that she was labeled a rebel by Trump, who ironically has vowed to move to the Supreme Court to challenge presidential results which indicate that he could lose to former Vice President Joe Biden.

The four Somali-Americans were elected on the Democratic Party which is also on the verge of controlling both the Senate and Congress. Minnesota is predominantly occupied by immigrants from Africa, with Somalis being in large numbers.

Ms. Omar was born in Somalia and moved to Kenya during the civil war in the 90s that grounded the economy of the Horn of Africa nation. She would later move to the US where she has successfully progressed her political career despite ups and downs.