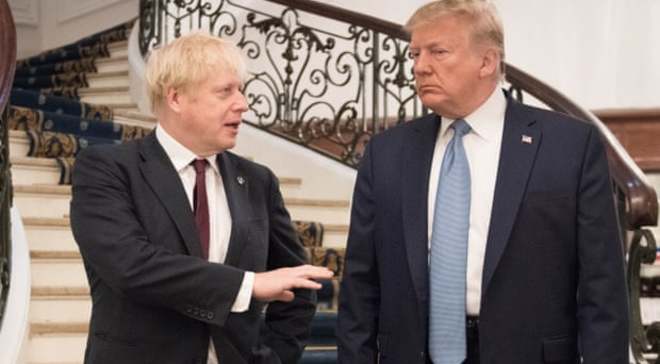 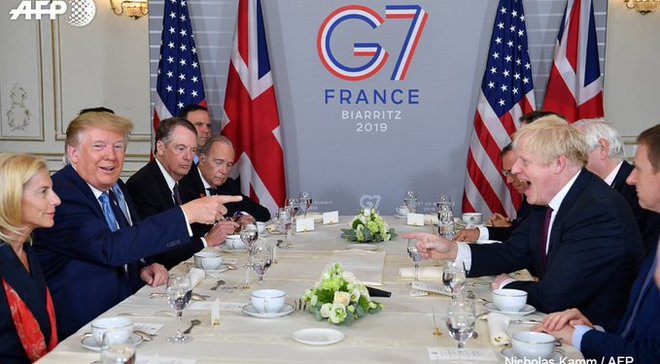 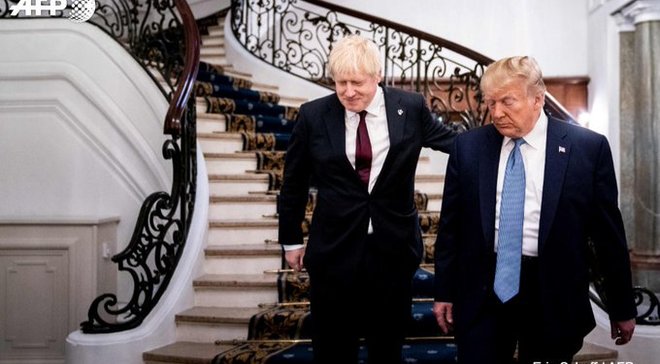 Asked what his advice was for Brexit, the US president said: “He [Johnson] needs no advice, he is the right man for the job.” Johnson said Trump was “on message there”.

Trump also talked up the prospects for a US-UK trade agreement after Brexit, saying it would be a “very big trade deal, bigger than we’ve ever had”.

The pair were speaking to reporters after a working breakfast, accompanied by advisers and officials.

Johnson confirmed he had reiterated his opposition to the NHS being opened up to US firms as part of any trade deal – and to the UK lowering animal welfare standards to US levels to get a deal.

“Not only have I made clear of that, but the president has also made that very, very clear. There is complete unanimity on that point,” he said. He suggested there would be “tough talks ahead”.

Before their meeting, Johnson had said he would raise with Trump the issue of the increasingly bitter trade spat between the US and China; and press him to throw open the US market to British goods after Brexit.

When Trump was asked by reporters if allies were pressuring him to give up his trade war with China he said: “Not at all.” He said his predecessors had allowed Beijing “to get away with taking hundreds of billions of dollars out every year, putting it into China”.

Johnson told reporters en route to Biarritz that he was “very, very concerned,” about the tit-for-tat conflict between the US and China. The two countries have imposed tariffs on a swathe of each other’s imports, as the White House accuses Beijing of unfair competition and China hit back.

Johnson said on Saturday: “This is not the way to proceed. Apart from anything else, those who support the tariffs are at risk of incurring the blame for the downturn in the global economy, irrespective of whether that is true.

Speaking alongside Trump, his language was more conciliatory, however. “I congratulate the president on everything the American economy is achieving, it’s fantastic to see that.

“But just to register a faint, sheeplike note of our view on the trade war – we are in favor of trade peace on the whole,” he said, adding that “the UK has profited massively in the last 200 years from free trade”.

The rise of protectionism has inevitably been a theme at the summit – through the French president, Emmanuel Macron, has also sought to focus on other issues, including inequality and the environment.

Trump and Johnson struck up a warm relationship when Johnson was foreign secretary. They had already met at a dinner for G7 leaders on Saturday night and been spotted walking and talking in the margins of the summit.

Johnson faces a potentially more fractious meeting later on Sunday when he will confront the European council leader, Donald Tusk, who once warned there was a “special place in hell” for those who promoted Brexit without a plan for making it happen.

The prime minister is expected to warn that the UK would only consider itself legally bound to pay about a quarter of the £39bn Brexit divorce bill if it left without a deal.

During his campaign for the Conservative leadership, Johnson repeatedly suggested he would seek to use the payment – which was agreed by Theresa May’s government – as leverage to achieve a better deal.

It is due to be paid over many years and represents a string of different obligations, including future pensions liabilities for EU staff, as well as Britain’s contribution to the EU budget during the transition period negotiated by May.

While Johnson prepared to fly to Biarritz on Saturday, Tusk warned Johnson against going down in history as “Mr no deal”; and Johnson hit back that if EU leaders want to avoid a no-deal Brexit, they should remove the backstop from the withdrawal agreement.

It later emerged, in an email obtained by the Observer, that Johnson has sought legal advice from the attorney general, Geoffrey Cox, on whether he could shut down parliament for as long as five weeks from 9 September, apparently to prevent MPs from frustrating his efforts to leave the EU on time.

The shadow Brexit secretary, Keir Starmer, said: “Any plan to suspend parliament at this stage would be outrageous. MPs must take the earliest opportunity to thwart this plan and to stop a no-deal Brexit.” 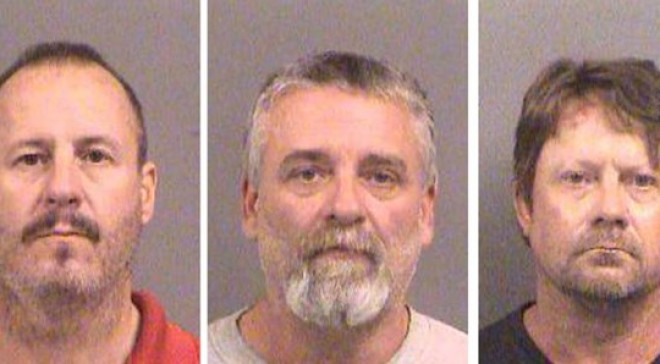