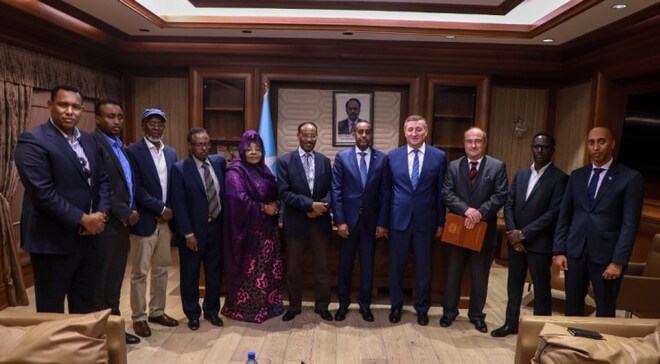 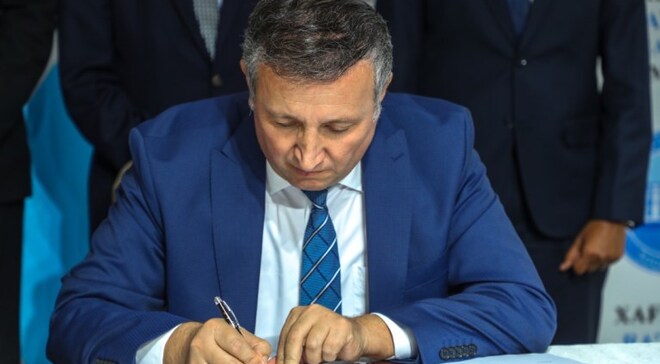 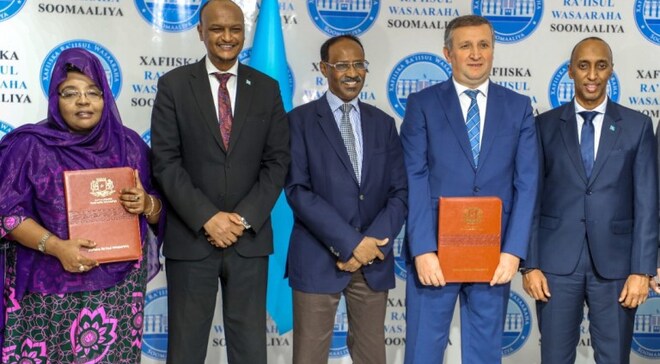 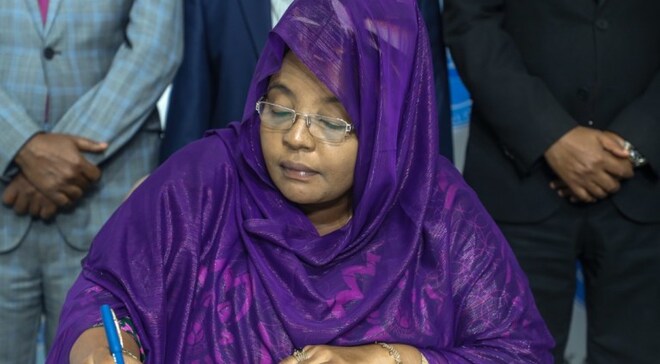 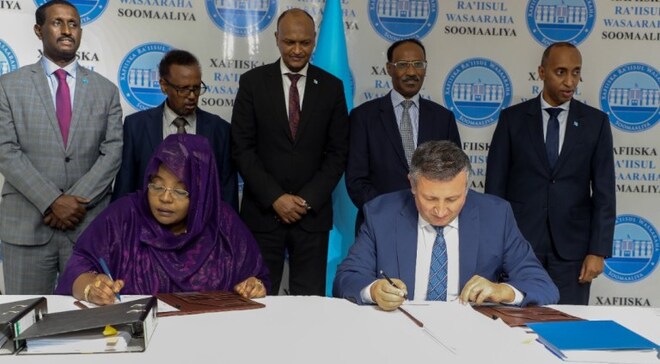 Turkish ports operator Albayrak and the federal government of Somalia have signed an agreement that grants the company a new 14-year concession to manage the Port of Mogadishu.

The signing in Mogadishu followed a series of discussions that revised revenue-sharing arrangements between the two parties.

The accord signed by Somalia’s Ports Minister Mariam Aweys Jama says the Turkish firm will retain an exclusive terminal and marine services operation at the port.

The previous concession was signed in 2013 and was to remain in force for 20 years but had to be renegotiated as part of Somalia’s economic restructuring.

“The new concession mandates the injection of $50 million over five years for rehabilitation and investment to upgrade the port amid increasing trade flows,” Ms. Jama said at the signing ceremony on Thursday, that Somalia Deputy Prime Minister Mahdi Mohammed Gulaid attended.

But the Turks are not involved with just the Port of Mogadishu.

Travelers arriving in Mogadishu by air are greeted by the seafront Aden Abdulle International Airport, which has been renovated and modernized using Turkish technology. It is also being managed by the Turkish company, Favori LLC.

The council’s head, Ahmet Sami Isler, told the media, “We, as Turkish businesspeople, are ready to give all contributions to utilize the resources of Somalia for the country’s economy.”

Turkish media giant, Daily Sabah, then reported that Somalia has earned a special status and that many projects on rural development, health, micro-macro enterprises, and security have been carried out by Turkish businessmen and state agencies.

Somali Minister Hassan stated, “We had excellent technical meetings with the Turkish delegation. This is a very good platform and mechanism to take stock of our economic and trade relations with Turkey.”

Mr. Erdogan said the country also helped build roads and fisheries in Somalia and sent a large number of Turkish experts to assist with capacity building.

The Turks have also helped train Somalia’s special forces known as Danab, and have a military base in Mogadishu as well as the largest diplomatic mission in Africa in Mogadishu.