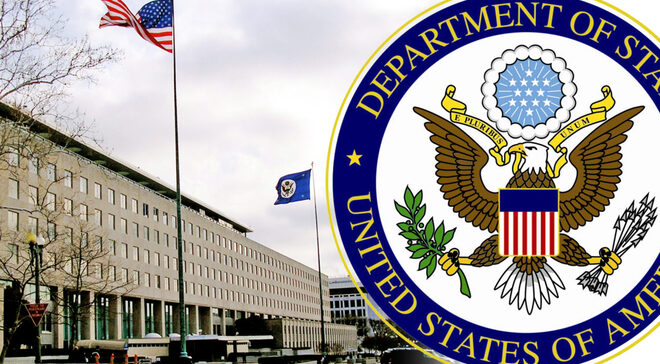 WASHINGTON, USA - The Department of State has yet again designated Al-Shabaab commanders in the latest Executive Order, terming them "dangerous" individuals who are close to the top leadership of the Al-Qaida linked group, which remains a threat to stability across the Horn of Africa, where they have narrowed down their activities too.

In the Executive Order 13224 signed by outgoing Secretary to the State Mike Pompeo, the US blacklisted Abdullahi Osman Mohamed and Maalim Ayman who are senior leaders of al-Shabaab, in yet another indication that Washington keeps boosting stability and peace in Somalia.

He, the statement added doubles as a special adviser to the so-called “emir” of al-Shabaab and is the leader of al-Shabaab’s media wing, al-Kataib. The media wing has for a long time been accused of propagating propaganda against security forces in Somalia especially in regard to attempted terror attacks.

Maalim Ayman, the State Department said, "is the leader of Jaysh Ayman, an al-Shabaab unit conducting terrorist attacks and operations in Kenya and Somalia". Ayman was responsible for preparing the January 2020 attack on Camp Simba in Manda Bay, Kenya, that killed one U.S. military service member and two American contractors, it further added.

The State Department designated Al-Shabaab as a Foreign Terrorist Organization and SDGT in March 2008 and is one of Al-Qaeda’s most dangerous affiliates. It continues to threaten the peace, security, and stability of Somalia, as well as Kenya, the statement read.

The designation comes amid reports that the US is keen to withdraw close to 700 troops in Somalia by Jan 15. However, the State Department maintains that the US is committed to bringing down the group which has caused havoc within the Horn of Africa.

"The U.S. Government is committed to disrupting the illicit financing methods of al-Shabaab, limiting its ability to conduct further attacks against civilians, and supporting the Federal Government of Somalia in disrupting terrorism finance," the statement read. "Addressing the al-Shabaab threat will require working closely with our partners to degrade the terrorist group’s capacity and operations, combatting its control and influence in East Africa."

As a result of these designations, Pompeo said, U.S. persons are generally prohibited from engaging in any transactions with Mohamed and Ayman. Their property and interests in property subject to U.S. jurisdiction are blocked. In addition, it added, it is a crime to knowingly provide, or attempt or conspire to provide, material support or resources to al-Shabaab.

Terrorist designations expose and isolate entities and individuals, and deny them access to the U.S. financial system. Moreover, these designations can assist the law enforcement activities of U.S. agencies and other governments. The two will not be able to transact businesses with the international community.